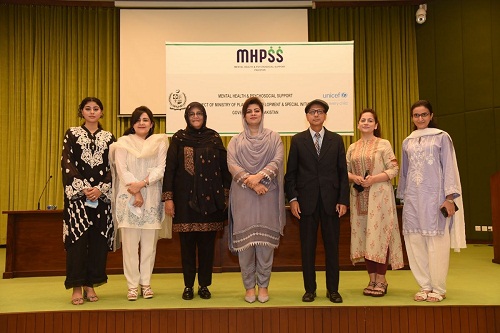 ISLAMABAD, Oct 11 (DNA): Parliamentary Secretary for Planning Development & Special Initiatives Kanwal Shauzab Monday said that country’s economy had performed better as compared to other countries and personal interest opposition alliance under PDM umbrella would get failure in front of the public.

She said that nation would not become fooled by these corrupt and looters again, adding, Pakistan Democratic Movement (PDM)’ plans against the government would not succeed as the public have strong confidence in PTI and PM Imran Khan would not disappoint its nation.

She said the nation could not allow these corrupt politicians to play with the national interest, adding, time had come for the public to hold these thieves accountable.

Under the leadership of Imran Khan, the current government will keep uniting to defeat the eternal as well as external enemies of Pakistan, ” she added.

“Government is fully focused for the country’s economy, she said, adding, the issue of inflation would be addressed on a priority basis as PM Imran Khan is well aware of the problems of common people and he was seriously concerned with the issue of high prices which would be resolved soon”.