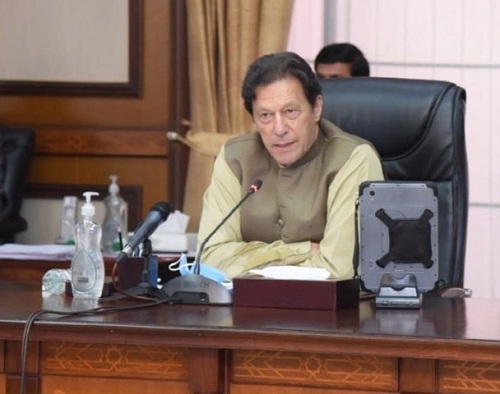 ISLAMABAD : Prime Minister (PM) Imran Khan has summoned a meeting of the National Security Committee (NSC) tomorrow (Friday) to discuss matters of national security in the wake of the current situation in Afghanistan.

According to PM Office, the NSC session will be held in Islamabad to discuss the current situation in Afghanistan and the overall security situation in the region.

The meeting will be attended by the services chiefs, intelligence officials and civilian leadership.

During a recent visit of Tajikistan’s President to Pakistan in June, Prime Minister Imran Khan underlined the need for peace in Afghanistan for trade between Pakistan and Tajikistan.

“Chaos in Afghanistan will ultimately increase the menace of terrorism,” Prime Minister Imran Khan said while addressing a joint presser along with the visiting Tajik President Emomali Rahmon in Islamabad after signing various MoUs between both the countries.

PM Imran Khan said trade between both countries will become easier through Gwadar. Peace in Afghanistan is imperative for the Pak-Tajik trade, he added.