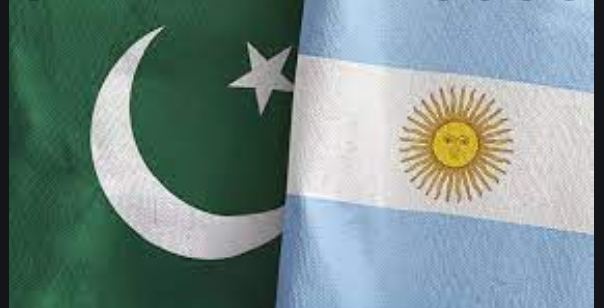 On the occasion, Foreign Minister Qureshi stated that the two countries have developed a strong relationship over the 70 years, which is based on mutual trust, respect and cooperation. Underlining that warmth and cordiality characterized the Pakistan-Argentina relationship, he highlighted the growing linkages between the two peoples.

The Foreign Minister emphasized that structured engagement should continue to further strengthen bilateral cooperation. He stated that there were massive opportunities to collaborate in the fields of agriculture, pharmaceutical, information technology and economic cooperation. The Foreign Minister wished success and prosperity to Argentina in its path towards peace and development.

The Argentine Ambassador remarked that the two sides have been able to maintain a positive trajectory in sustaining high level interactions and cementing cooperation in diverse spheres, including political, economic and agriculture.