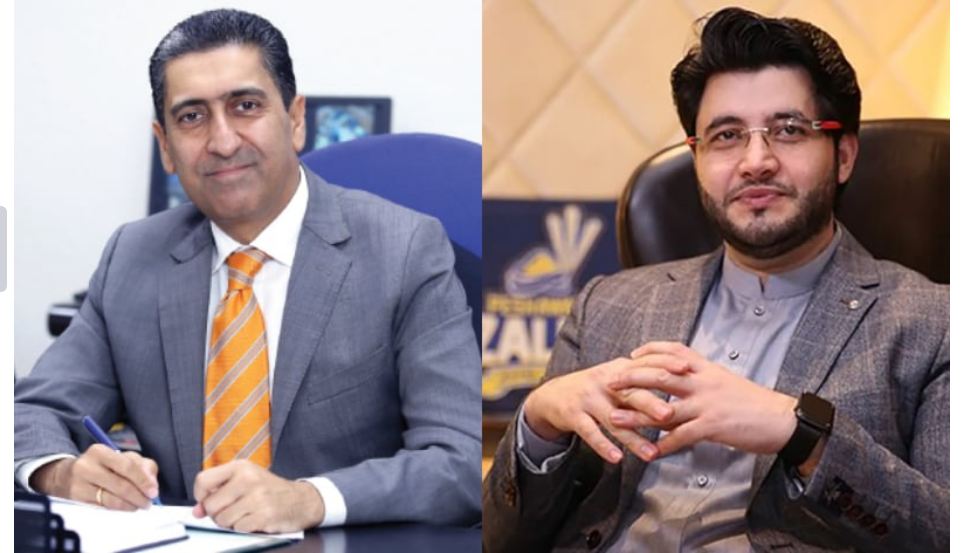 ISLAMABAD: More Pakistani individuals ranging from media group owners to family members of army personnel to businessmen and executives were identified in the International Consortium of Investigative Journalists’ (ICIJ) “Pandora Papers” — a major international research into the financial holdings of high-profile individuals around the world.

The exposé was unveiled on Sunday and some of the names already reported include prominent figures from the PTI-led government including Finance Minister Shaukat Tarin and Senator Faisal Vawda.

The papers included the names of as many as 700 individuals from Pakistan, according to investigative journalists Umar Cheema and Fakhar Durrani of The News International who were part of the research.

According to the report, Rehman owns an offshore company named Brookwood Ventures Limited in the British Virgin Islands (BVI) — he was transferred the shares on April 17, 2008. When contacted by The News, he was hesitant to answer, claiming that his company was already declared so there was no point in answering the question.

However, he agreed to answer upon being urged by the investigation cell to respond otherwise questions of its transparency would arise, the report said.

“No, it’s not true, I don’t own any company. However, I had this till 2018,” he told The News when the investigation cell sent him a questionnaire. When asked about why he chose to establish a company in BVI when it was a “tax and secrecy haven”, he said it offered attractive conditions for investment.

Questioned by the cell on whether he had declared his company with the relevant tax authorities, The News quotes him as answering: “Yes, it was part of my wealth for the tax year 2018 and subject to taxes where applicable.”

Meanwhile, Dawn‘s CEO owned an offshore company called Bardney Limited that was registered in Seychelles, the report said. According to his official response to The News, the company was “duly declared” and being reported to the relevant Pakistani authorities in accordance with the law.

Similarly, Lakhani owned an offshore company Century Media Network Inc that was incorporated in February 2005 — Lakhani owned shares in the company with Muhammad Anwer Abdullah. A spokesperson for the Lakhani family told The News that “all companies are legal” and in accordance with applicable laws.

The report added that the Gourmet group, which owns TV channel GNN, also owned an offshore company, Gourmet Holdings Limited in the BVI jurisdiction, and had appointed an employee, Amna Butt, as its director.

“It is, however, not confirmed whether the company is declared with the Pakistani tax authorities or not,” the report said, adding that no response had been received from Butt over a questionnaire sent to her.

Renowned journalist and editor of Pakistan Today, the late Arif Nizami was also among those who had their names in the report. He owned New Mile Production Limited in BVI that was incorporated in July 2000 with him and his wife declared as its beneficial owners.

“The documents reveal that the estimated value of these assets at that time was $1.6 million. It is, however, not clear whether the company is declared with the tax authorities in Pakistan or not,” the report said.

The report by The News identified more former military leaders and their family members named in the Pandora Papers.

According to the report, the son-in-law of former Punjab governor Lt Gen (retd) Khalid Maqbool, Ahsan Latif, owned an offshore company Dylan Capital Limited that was registered in the BVI jurisdiction.

It added that according to the documents, the company was incorporated for “investment holding for certain properties in the UK and the UAE, but it was used for importing LPG (liquid petroleum gas) from Russia’s Vacus Oil Company Ltd”.

The report mentioned that it was not clear whether Latif had declared these assets to Pakistan’s tax authorities and no response to a query was received.

The Pandora Papers also reveal that Muhammad Hasan Muzaffar, the son of Lt Gen (retd) Muhammad Afzal Muzaffar, owned shares in a company registered in BVI, Creek Growth Capital Holding Ltd. According to the report by The News, this offshore company owned Southeast Healthcare Holding which controlled a medical centre based in Dubai that was apparently closed now.

“Hasan told ICIJ that the simple fact is there is no relation of this investment to his father. He further commented that the investment was made solely from his own income earned in the UAE and came from his UAE bank account. No other family member, including his father, was involved,” the report said.

Zahra Tanvir, the wife of Lt Gen (retd) Tanvir Tahir, was also identified by the report as owning an offshore company, Ener Plastic Limited, in the BVI jurisdiction.

“The Pandora Papers show that Mrs Zahra Tanvir is one of the beneficial owners of the company. As per the leaked documents, Ener Plastics Limited is a holding company and dividends and real investment [are] the main source of funds for the company,” the report said.

It added that The News received no response over a questionnaire sent to her.

The News report said he confirmed his ownership of the companies, explaining that the reason behind incorporating them was for the “good intention to save tax rather than avoiding any tax”.

“According to him, the companies were almost dormant, and no business or investment was done by any of the companies,” the report said.

According to the report, National Bank President Arif Usmani incorporated a company, Sasa Partners Inc, in the BVI offshore tax havens in March 2018. It added that the Pandora Papers revealed him to be the company’s beneficial owner where he kept bankable assets.

Usmani was questioned on a number of issues by The News to which he responded that all his tax records had been provided to the Federal Board of Revenue (FBR) and every asset he owned — internationally or locally — was declared in his wealth statements filed with the FBR.

The report also identified the managing director of National Investment Trust, Adnan Afridi, as having registered an offshore company, Veritas Advisory Services Ltd, in the BVI jurisdiction in October 2011.

Afridi confirmed owning the company to The News, adding that it was struck off the register of companies in the BVI in December 2017 due to being dormant.

According to the documents, his son had registered Cres Tech Holdings Limited in the BVI with partner Noeen Ahmed Anwar just months prior to Siddique’s retirement.

“Yawar Salman told The News that the entity Cres Tech Holdings was incorporated as part of a then-envisaged plan to undertake a foreign business. However, owing to certain circumstances, neither any equity was contributed nor any bank account opened.

“Since no equity was ever contributed and the entity’s worth remains ‘nil’, the question of disclosing it to the tax authorities does not arise,” the report quoted him as saying.

What’s in a name

The papers are named after the Greek myth of Pandora’s box.

In the tale, Pandora opens a sealed box containing the forces of evil and suffering which, once released, were uncontainable.

BBC quoted Gerard Ryle, the director of ICIJ, as saying this leak was given the name because “we’re opening a box on a lot of things”.