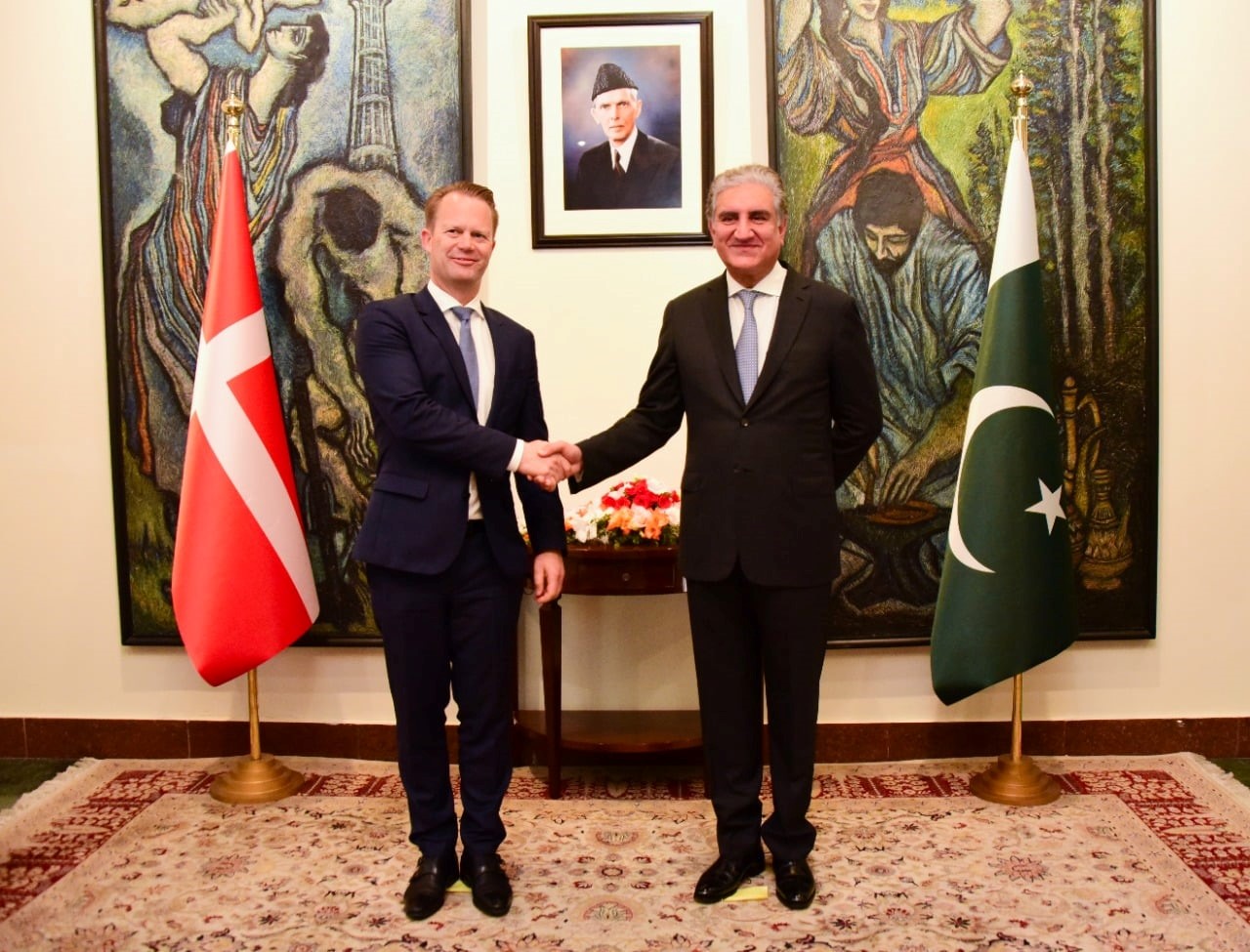 ISLAMABAD: Pakistan and Denmark have agreed to make joint efforts to further strengthen the bilateral relationship in diverse fields, including energy and trade.

This was stated by Foreign Minister Shah Mahmood Qureshi in a joint news conference along with Danish Foreign Minister Jeppe Kofod after their delegation level talks in Islamabad on Friday.

Shah Mahmood Qureshi said Pakistan and Denmark have an upward trajectory of bilateral relations. However, he said, a lot needs to be done to further enhance the bilateral cooperation.

He said the two sides discussed ways to put in extra efforts to increase bilateral trade and attract more investments into Pakistan. He said cooperation in renewable energy and advantages of enhanced parliamentary interaction were discussed.

Shah Mahmood Qureshi thanked his Danish counterpart for support on GSP Plus status for Pakistan.

He said he shared with the visiting dignitary Pakistan’s perspective on the Afghan situation and the regional security situation.

Speaking on the occasion, the Danish Foreign Minister said the two countries have a long and strong bilateral relationship and they plan to strengthen it further in areas of trade and energy.

The Danish Foreign Minister said the two sides discussed in detail the situation in Afghanistan. He said the government in Afghanistan should ensure fundamental rights to its citizens.

The Danish Foreign Minister thanked Pakistan for its support in evacuation of foreigners from Kabul.

To a question about Kashmir, the Danish Foreign Minister said Pakistan and India should find a peaceful solution to the issue through dialogue.