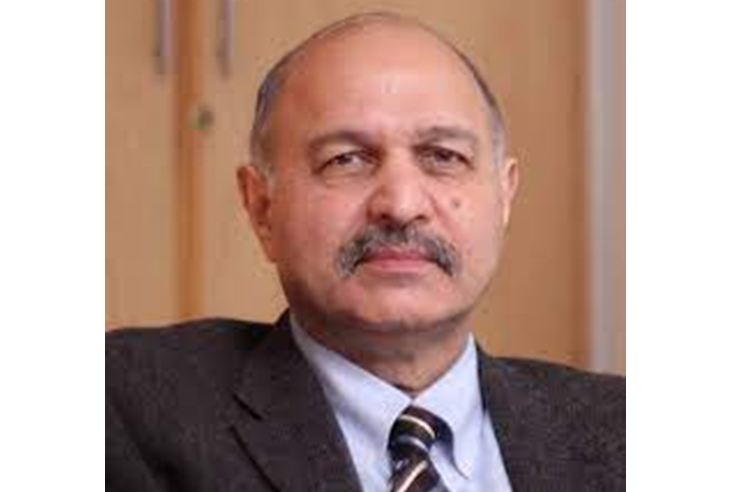 Interestingly, so far, neither the US President, in his policy speech of August 31 or of September 7, nor his vocal predecessor who may well become his successor in 2024, nor the serving American Generals have blamed Pakistan for the debacle in Afghanistan

During a recent webinar hosted by an Indian General, while there was a lot of sulking at the Taliban capture of Kabul on Indian Independence Day, August 15, 2021, the General facetiously concluded the event announcing that “I want to hand over a gold medal to Pakistan for its superb handling of the Afghanistan issue”, to which I retorted “since we didn’t get a single medal at the Tokyo Olympics, this is a welcome gesture!”

Pakistani policymakers should have anticipated the fallout because of Islamabad’s perceived ‘success’ in Afghanistan, given also the ‘I told you so’ smug satisfaction being expressed within the country, both publicly and privately.

Interestingly, so far, neither the US President, in his policy speech of August 31 or of September 7, nor his vocal predecessor who may well become his successor in 2024, nor the serving American Generals have blamed Pakistan for the debacle in Afghanistan. Secretary of State Tony Blinken has made some critical noises of ‘reassessment’ of US relations with Pakistan. Blinken should be asked what is it precisely that he’s so upset about, which warrants plans to ‘reassess’ US ties with Pakistan. It was the American war and the American strategy in Afghanistan that failed, a failure which we as friends had forewarned them in writing, way back in 2010, via General Kayani’s 14-page memo to President Obama.

The US asked Pakistan for release of the Taliban leadership and then pleaded with us to push the Taliban to start talks with them in Doha. The US also unilaterally released 5 top Taliban leaders they had imprisoned in Gitmo to ensure their participation in the Doha talks. The US then held formal, direct talks for 18 months with the Taliban, including Sirajuddin Haqqani. And the US President personally phoned to congratulate Mullah Baradar on the successful signing of the peace deal with the Taliban on February 29, 2020, all these developments conferring legitimacy on the Taliban and facilitating their return to power.

The US Centcom Commander personally negotiated in Kabul with the Taliban on August 15, 2021, on the ‘rules of the game’ of the American evacuation, which was completed by August 31. During this period, the CIA chief also visited Kabul to meet the Taliban leadership and came twice to Islamabad seeking help during the ‘last lap’ of the American occupation, which Pakistan happily provided.

Blinken is talking of ‘reassessment’ when the US has already taken two strategic decisions that directly impinge on Pakistan’s national security: our adversary, India, as their best friend and strategic partner in South Asia, and our closest ally, China, as their strategic rival, competitor and adversary, along with Russia. No ambiguity at all, on both these counts.

The more serious issue is the resolution of the European Parliament on Afghanistan passed on September 16, which is quite comprehensive, with a damning indictment of the ‘corrupt Kabul political elite’. The long resolution is also a critique of the hasty American exit, and takes a few pot-shots at Pakistan too. While stating Pakistan “bears responsibility for security and stability in Afghanistan”, there’s a Blinken-like threat to review the EU’s GSP-Plus given to Pakistan. However, there is no appreciation of Pakistan’s pivotal role in the evacuation of EU citizens post-Taliban takeover of Afghanistan.

The resolution also outlines future steps that EU must take, for instance, “a comprehensive lesson-based strategy as regards Afghanistan and other countries in the surrounding region”. This provides an opening for Pakistan to engage with the EU and its Parliament to present its fact-based perspective on our role.

And this is where Pakistan’s problem lies. There’s a propensity for blaming others, cribbing or criticising, or whining about our own victimhood, or attributing events like the New Zealand cricket tour’s cancellation to unsubstantiated conspiracy theories. Let’s get the facts right to resolve the core issue in the current scenario: our abysmal failure to craft or sell a credible narrative. Three problems are noteworthy.

First, at the level of the Pakistani government or state, there has been no serious strategic engagement with either the international (read, Western) media, the US Congress or the European Parliament, or the international think tank circuit.

Second, as far as foreign policy goes, it’s a case of ‘confusion worse confounded’. Five power centres are currently dabbling in foreign policy: a) the PM who likes to pontificate on foreign policy from time to time; b) the Foreign Office, which presents the ‘officially-certified truth’ in a somewhat sanitised manner; c) the COAS, who directly handles Military Diplomacy in four key areas: China, US, India and Afghanistan; d) the ISI Chief, who executes the directions of his Boss; e) ‘Talk Show Ministers’, who peddle, in their own convoluted manner, the ‘all is well’ mantra on every foreign policy issue on TV. The end result: a half-baked product for domestic consumption fails to find any traction abroad, except as an ad hoc ‘fire-fighting exercise’.

Third, there’s the problem of the Pakistani DNA, a proclivity for passivity, plus a reactive or a waiting approach. During my student days I came across an article by a reputed scholar and psychologist, Dr Ajmal, who later became Punjab University VC. In the article ‘A Nation of Waiters’, Dr Ajmal noted the passivity of most Pakistanis who were always ‘waiting’ for something to happen: some are ‘waiting’ to get a job, others ‘waiting’ to get married and some even ‘waiting’ for a Revolution! Similarly, for most of 2021, the foreign policy machinery of the Pakistan government has been ‘waiting’ for a phone call from President Biden, as if it’s a test of our diplomatic manhood!

So, what are the do’s and don’ts in the single most important national security and foreign policy challenge for Pakistan since 9/11. First the don’ts: don’t act as spokesman for the Afghan Taliban; don’t crib all the time about ‘conspiracies being hatched against Pakistan’; don’t overpromise on what we can deliver. Regarding the Do’s: first and foremost, behave with dignity, Pakistan’s destiny will not be determined by one phone call from a faraway capital; strategic clarity about ‘red lines’ on foreign policy (nuclear programme, Kashmir, Indian hegemony, ties with China, Russia, Turkey, Saudi Arabia and Iran, CPEC and regional connectivity, no new Cold War); offer cooperation to US/West on counterterrorism, Afghanistan stability, Pakistan’s willingness to participate as hub of regional connectivity: BRI, TAPI, EU’s Global Gateway, Biden’s B3W, revival of IPI Pipeline.

Recent developments provide Pakistan with ‘strategic space’ and more autonomy and greater regional room to manoeuvre, together with our friends and partners. Pakistan’s importance has been enhanced, as Islamabad is viewed as the key conduit to Kabul. Therefore, it’s time to get cracking for a national, above partisan politics, proactive and prudent strategy that seizes the opportunity to promote peace and stability in the region, after 42 years of conflict.

SUSTAINABLE TOURISM; THE ONLY REQUIREMENT

UZBEKISTAN’S CHAIRMANSHIP IN THE SCO