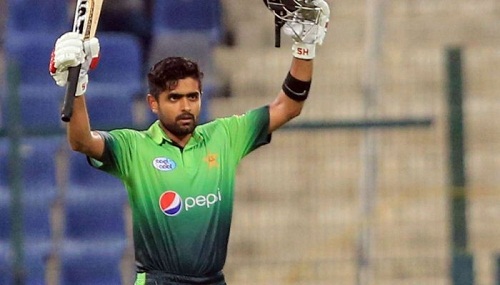 Pakistan skipper Babar Azam is inching towards another world record, as he aims to become the fastest batsman to amass 7,000 runs in T20 cricket.

As per the record books, the Pakistani captain has scored 6,879 T20 runs from 184 innings so far. This means that he needs a  further 121 more runs in seven innings to break Gayle’s world record.

As if that’s not impressive enough, Babar Azam is currently ranked as the best batsman by the ICC’s ODI Player Rankings, with Indian skipper Virat Kohli finishing at number 2 behind him.

In his T20 career so far, Babar Azam has managed to score five centuries and 58 half-centuries.

The Pakistani skipper has been on a roll lately, putting in solid opening pair partnerships with wicketkeeper Rizwan to help the team put up a respectable total in T20Is.

A day earlier, Rizwan lavished praise on Babar Azam, discussing the secret to their partnerships in T20I matches.

In a tweet, Rizwan appreciated his partnership with Azam, saying that the best thing about playing with Babar Azam is that the two of them “always discuss things and act according to the changing situation during the game”.

The cricketer had said he was humbled by the achievement and attributed all the success to the Almighty, saying that everything happens by the will of the Almighty.