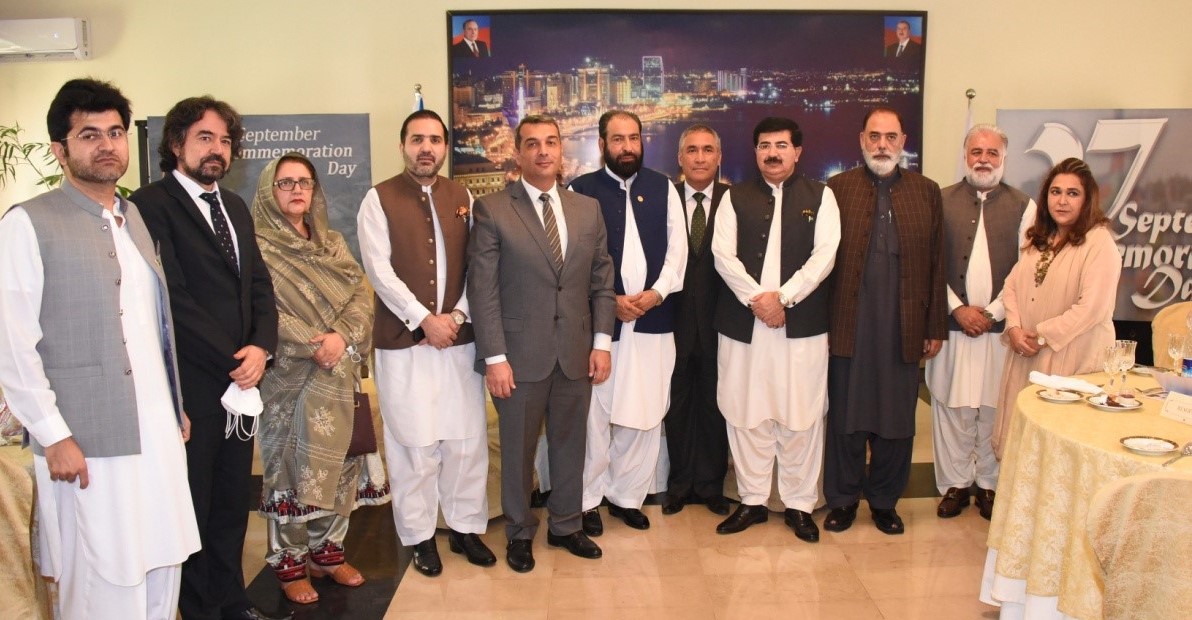 ISLAMABAD: Chairman Senate Sadiq Sanjrani has said Pakistan and Azerbaijan enjoy excellent relations adding the victory in the Patriotic War against Armenia shows resilience and bravery of the Azerbaijani people. He said President of Azerbaijan Ilham Aliyev led the country from the front during the 44 days war.

The Chairman Senate made these remarks on the occasion of Remembrance Day, organized by the Azerbaijan embassy. Federal Ministers, Senators and members of the civil as well diplomatic fraternity attended the event.

Sadiq Sanjrani thanked the Azerbaijan ambassador for inviting him as chief guest. He extended warm felicitations on behalf of the Pakistan government and people on the historic victory.

He said Pakistan was one of the first countries that recognized Azerbaijan. Pakistan is proud of its companionship with Azerbaijan adding bilateral relations would continue to grow with each passing day.

Pakistan also condemns the Armenia terrorism committed against the innocent people of Azerbaijan. Pakistan sincerely recognizes the sacrifices rendered by the valiant Azerbaijani soldiers during the 44 day long war, he added.

The Chairman Senate thanked Azerbaijan for its support on the issue of Indian occupied Kashmir. He also emphasized on further strengthening Pakistan- Azerbaijan parliamentary groups in order to further deepen the bilateral cooperation. Sadiq Sanjrani also congratulated President of Azerbaijan Ilham Aliyev over the great success in the Patriotic War.

He said the exemplary cooperation between the two countries shows mutual trust. In every hour of need, the two countries have stood by each other. Paying tribute to the martyrs of Azerbaijan’s war of independence, the Senate Chairman said that the Azeri forces had shown great skill and bravery in the war of independence. Pakistan supports Azerbaijan’s territorial integrity as per UN resolutions.

The Chairman Senate further added that “There is an atmosphere of brotherhood among the public of both the countries. Pakistan, Azerbaijan and Turkey through a joint strategy are playing a positive role for peace and development in the region.  Chairman Senate expressed his best wishes to the government, parliament, people and political leadership of Azerbaijan. Turkish Ambassador to Pakistan also attended the event.

Ambassador of Turkey Ihsan Mustafa Yurdakul also spoke on the occasion and said Azerbaijani forces fought bravely to re-take its territories from the Armenian occupation. He lauded efforts of the Azerbaijani leadership towards rehabilitation and reconstruction of the liberated territories in a very short span of time.