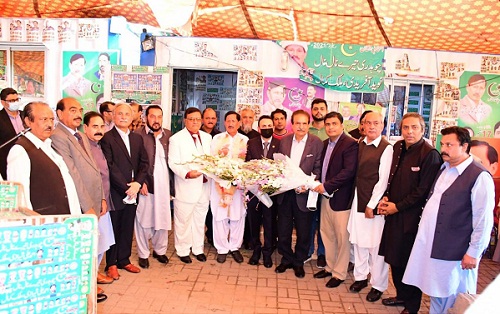 Zafar Bakhtawari, Secretary-General, UBG said that the CDA employees have posed great confidence in the Chaudhry Yasin Group and hoped that the winning team would work hard for their welfare. Tariq Sadiq, Ejaz Abbasi, and Khalid Iqbal Malik said that ICCI would extend all possible cooperation to the CDA Labor Union in its efforts for protecting the genuine rights of CDA employees.

Expressing his views, the newly elected Secretary-General of the CDA Labor Union, Chaudhry Muhammad Yasin, said that CDA employees have put a great responsibility on his shoulders and reaffirmed that he would never disappoint them and would not spare any effort for the protection of their rights. He also congratulated the Founder Group ICCI on winning recent elections of ICCI and said that a delegation of CDA Labor Union would soon visit the Chamber to formally congratulate the newly elected Office Bearers.