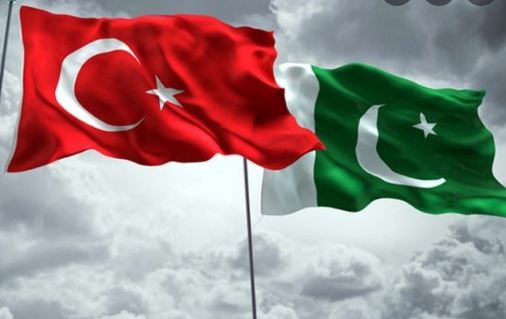 In a historic event, first land transport cargo will be transported to Turkey through Istanbul-Tehran-Islamabad (ITI) corridor from Pakistan.  He mentioned that road transportation was one of the major impediments in bilateral trade; and, now significant time will be saved.

The high-profile event was organized by Pakistan-Turkey Joint Chambers of Commerce & Industry Forum and was its 4th meeting. The meeting witnessed the participation of top most diplomats from both sides; business, industrial and trade leaderships of the two countries and high-ranking government functionaries.

Ihsan Mustafa Yurdakul, Ambassador of Republic of Turkey to Pakistan, said that current level of bilateral trade of around one billion dollars can easily be enhanced to five billion dollars in a span of few years; provided, we strengthen B2B relations and target the right sectors & industries.

Arshad Jan Pathan, Deputy Head of Mission at Embassy of Pakistan in Turkey, extended full support of the mission in Turkey for the realization of true potential of trade between the two countries. He also highlighted the opportunities available for investment in tourism, China Pakistan Economic Corridor (CPEC) and Special Economic Zones (SEZs).

He also talked about road-based truck movement from Pakistan to Turkey in first week of October for which necessary facilitation for customs etc. is being provided by Pakistan Mission.

Amjad Rafi, the main architect of the highly successful event and Co-Chair of Pakistani side of the Turkey-Pakistan CCI Forum, thanked the audience; and, hoped that the momentum and the mechanism that has been pioneered through Pakistan-Turkey Joint Chambers of Commerce & Industry Forum will continue to bear fruits in the years to come and keep contributing towards the economic development of the two countries.

Amjad Rafi highlighted that it is after a hiatus of almost a decade that the bilateral trade volume between Pakistan & Turkey has crossed the psychological mark of one billion dollars after 2011; after being dropped to $650 million in between.

Prof. Dr. Omer Bolat, Co-Chair of Turkish side of the Turkey-Pakistan CCI Forum, said that non-conventional sectors are fast becoming relevant as far as the bilateral trade is concerned; and, this phenomenon will add to the already increasing trade volumes.

M. Rifat Hisarc?kl?o?lu, President of The Union of Chambers and Commodity Exchanges of Turkey, emphasized the historical and humanitarian dimension of Turkey-Pakistan relations and expressed the importance of assessing the potential in economic and trade relations.

Bilal Khan Pasha, Consul General of Pakistan in Turkey, said that despite all the COVID-related challenges, trade between Pakistan & Turkey has remained resilient and robust; and, hoped that both the countries will continue to defy the challenges coming in the way of ever-increasing economic & commercial challenges.

Both sides gave detailed presentations on the tourism opportunities and potential that exists for the tourism between the two countries – and, how religious, cultural, medical and economic tourism can be instrumental in the development of tourism and hospitality industries of the two countries.