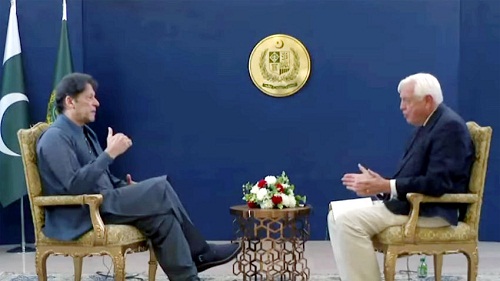 Prime Minister Imran Khan says all neighbours of Afghanistan will collectively decide about recognition of new Afghan government, keeping in view the progress.

In an interview with BBC, he said Pakistan is trying to engage with Taliban for an inclusive government in Afghanistan, as there will not be any long-term sustainable peace and stability unless all factions and ethnic groups are represented.

The Prime Minister urged international community to incentivize and encourage the interim Taliban government in the right direction.

Replying to a question, he said Afghan women are very strong and they can assert their rights under Taliban but we should give them time.

Imran Khan said Taliban’s statements after assuming power are encouraging and hopefully they would not restrict women from getting education.

He said that if the international community did not give due attention to the rapidly changing situation in Afghanistan, there could be a humanitarian crisis and civil war.

The Prime Minister cautioned that an unstable and chaotic Afghanistan would be an ideal place for terrorists.