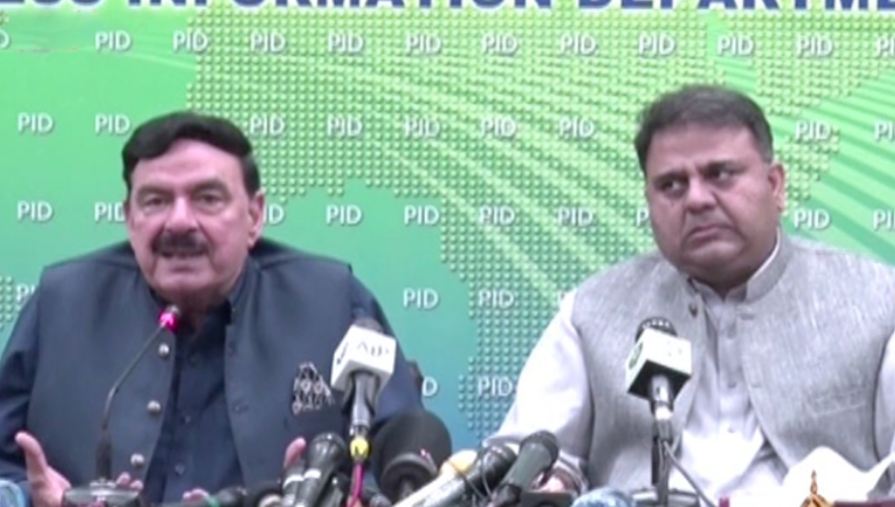 ISLAMABAD: Minister for Information and Broadcasting Chaudhary Fawad Hussain has regretted that a fake threat alert was created from India to get the New Zealand tour of Pakistan cancelled.

Addressing a news conference in Islamabad on Wednesday along with Interior Minister Sheikh Rashid Ahmad, he said the international bodies including the International Cricket Council (ICC) should take notice of it.

He said we are approaching the interpol to get the matter investigated of the fake post and emails that were generated from India to threaten New Zealand team.

The Information Minister said that one email, the origin of which was India, was sent to New Zealand after the cancellation of the visit, in order to malign Pakistan.

The Information Minister said Pakistan is facing the 5th generation hybrid war. He said fake news against Pakistan are being generated at a state level.

In his remarks, Interior Minister Sheikh Rashid Ahmad said Pakistan cannot be isolated. He said the nation should not be disappointed and the time will come when all the cricketing nations will come to play on our grounds.

The Interior Minister said Pakistan will move forward under the leadership of Prime Minister Imran Khan.