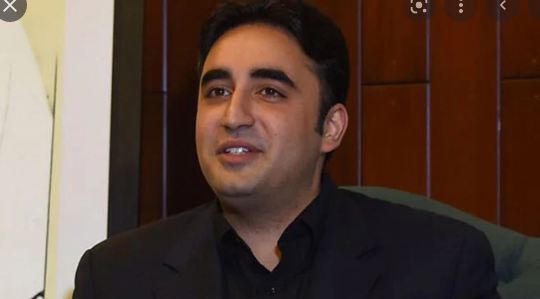 KARACHI, SEP 22 (DNA) – Chairman of Pakistan Peoples’ Party, Bilawal Bhutto Zardari, has been the true representative of the aspirations of the people of Pakistan in national politics.

This was stated by the speakers at a seminar titled “Bilawal Bhutto Zardari the hope for the nation” organised by the Peoples’ Students Federation here at Arts Council to celebrate the 33rd Birthday of the PPP Chairman.

Speaking on the occasion, Sindh Information and Labour Minister, Saeed Ghani said that the PPP Chairman was the hope for the entire Pakistani nation. He was of the view that at present Bilawal Bhutto was one of the great emerging young leaders in Asia. He said that the political life of the opponents of Bilawal Bhutto Zardari had been on the decline. He said the PPP Chairman was the only leading politician of the country whose popularity had been on the rise.

“Today, people are looking towards Bilawal Bhutto as he raises voice in favour of the people who are rendered jobless in the country during the present regime without taking into account the political affiliation of the affected persons,” he said.

He recalled that it was Bilawal Bhutto Zardari who had given the title of the “Selected” ruler of the country to Imran Khan as this title had now gained worldwide popularity. He said that Bilawal was an asset not just to the Peoples Party but to the entire nation.

Sindh Information Minister said that youth would become the power of Bilawal Bhutto after he became Prime Minister of the country. He said that Bilawal had never seen a dearth of wealth as he could easily lead a comfortable life if he opted so. Bilawal Bhutto had entered the arena of politics only for the welfare of the people, said Saeed Ghani.

The provincial Information Minister said that the Peoples’ Party had been defeated in the previous elections in Karachi under a planned conspiracy as its opponents had been given the chance to rule the city despite that they lacked popularity among the masses. He predicted that the next mayor of Karachi would belong to the PPP if the forthcoming local government elections were held in the city in a transparent manner.

Sindh Environment and Climate Change Minister, Ismail Rahoo, said that Bilawal Bhutto Zardari was the only hope for the democratic regime in the country. He said the PPP Chairman also possessed the ability to liberate the national institutions in the country.  He said that the people of Pakistan had never forgotten the late PPP leaders Zulfikar Ali Bhutto and Benazir Bhutto even after their martyrdom as they pinned their hopes on the Peoples Party.

He said there was little difference between a dictatorial regime and the present federal government as the latter had made the national institutions hostage. He said the present rulers had been attempting to take hold of the Election Commission of Pakistan and the judiciary as Bilawal Bhutto would obstruct their way.

PPP Sindh General Secretary, Waqar Mehdi, said that Zulfikar Ali Bhutto was a unique chapter of the national history. He said the history of PPP was all about a noble struggle in the politics of Pakistan. He paid tribute to the rule of students in national politics.

He said the present rulers had come up with the idea of electronic voting in order to once again steal the ballots of the people. He said that PPP had always emerged victorious whenever transparent polls were held in the country. = DNA