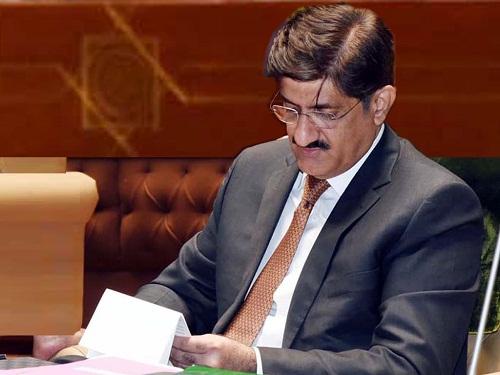 The court directed the chief minister and 16 other accused persons, including Abdul Ghani Majeed and Khursheed Anwar, to turn up on Oct 7 when they will be indicted in the case.

The National Accountability Bureau (NAB) has filed the reference that comprised 66 volumes and 100,000 pages.

According to the national graft buster, Sindh CM Murad Ali Shah allegedly misused his powers in the disbursement of funds for energy-related projects in Sindh.

Funds worth billions of rupees were embezzled in the Nooriabad Power Company and Sindh Transmission and Dispatch Company project, the reference claimed.

A total of 17 people, including Murad and Abdul Ghani Majeed, former president Asif Ali Zardari’s close aide, are nominated in the corruption reference.