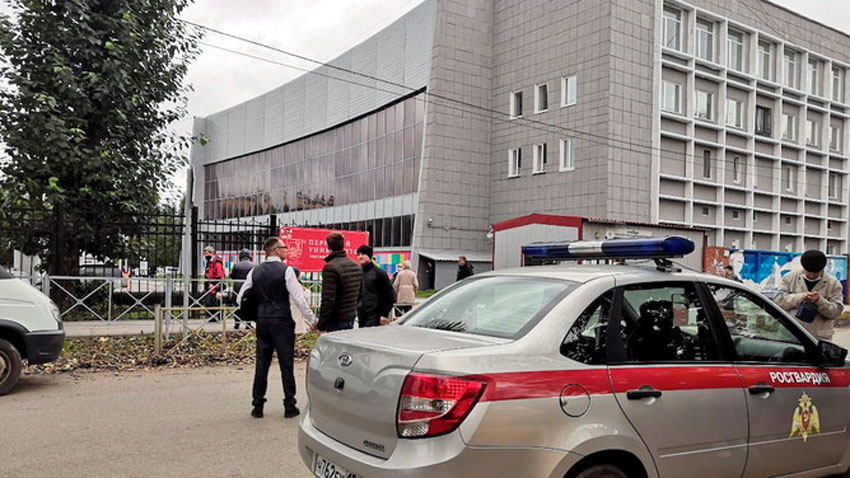 MOSCOW: At least 6 people have died after a gunman opened fire at a university in the Russian city of Perm, officials say. The assailant walked on to the campus on Monday morning and started shooting.

Students and teachers barricaded themselves inside the university building; others were seen jumping from windows.

Police wounded and detained the attacker, who is said to be a student.

The local health ministry says 19 people were injured in the attack.

Video from outside the university showed distressed students fleeing the campus and making phone calls to friends and family behind a cordon of police wearing helmets and body armour.

President Vladimir Putin had been notified of the shooting, the Kremlin said, and ministers had been ordered to travel to Perm to coordinate assistance for the victims.

“The president expresses sincere condolences to those who have lost family and loved ones as a result of this incident,” Putin’s spokesman Dmitry Peskov told reporters. Regional authorities said that classes at local schools, colleges and universities were cancelled on Monday.

School shootings have been relatively unusual in Russia due to tight security at education facilities and because it is difficult to buy firearms.

But Monday’s attack was the second one this year, after a 19-year-old opened fire in his old school in the central city of Kazan in May, killing nine people.   Investigators said that gunman suffered from a brain disorder, but he was deemed fit to receive a license for the semi-automatic shotgun he used in the attack.  On the day of that attack — one of the worst in recent Russian history — Putin called for a review of gun control laws. The age to acquire hunting rifles was increased from 18 to 21 and medical checks were strengthened.  Peskov noted Monday that despite the tightened legislation “unfortunately, this tragedy has happened, and it has to be analysed”.

“Law enforcement agencies must give an expert assessment. It looks like we are talking about abnormalities in a young man who committed these killings,” Peskov said.