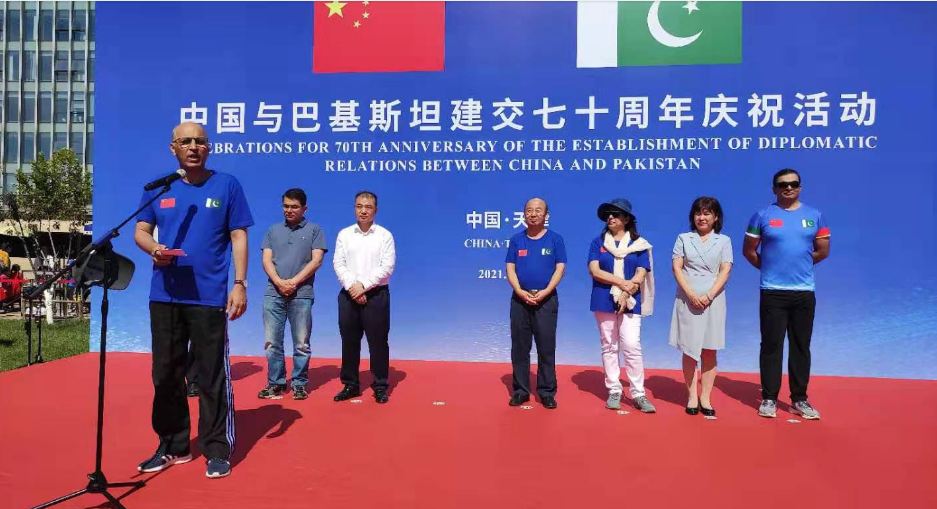 Beijing, Sept 19 (DNA): The nationals of Pakistan and China representing various segments of society enthusiastically participated in a friendship marathon in Tianjin organized by the Pakistani Embassy in coordination with the Tianjin Municipal Government.

This event was part of the celebrations of 70 years of diplomatic ties between China and Pakistan. It was a manifestation of warm and cordial relations between the two friendly countries and peoples.

Ambassador Haque said, “We are going to sign three important agreements establishing sister provinces and sister cities, between the largest province of Punjab, the largest city of Pakistan Karachi, and the capital city Islamabad with Tianjin”.

Haque stated that the all-weather strategic cooperative partnership between the two countries has been nurtured and sustained over the seven decades by commitment and devotion of the peoples and the governments of the two countries.

Ambassador Haque expressed his pleasure over the participation of all Pakistani and Chinese friends in big numbers to make this event a great success.

A group of Chinese girls mesmerised the audience with traditional Chinese songs and Pecking Opera performances.

At the end of the ceremony, Ambassador Moin and the Director-General distributed the prizes among the winners of the marathon. Noor Hussain, a Pakistani national won the marathon.