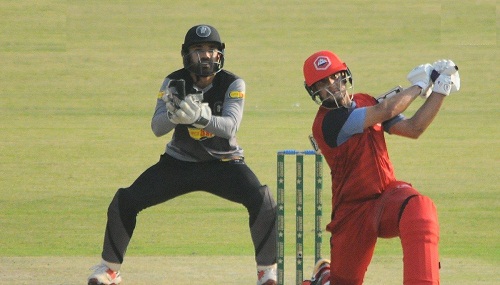 The Pakistan Cricket Board (PCB) has decided to hold the National T20 Cup on a large scale, and feature Pakistan cricket’s heavyweight stars in the domestic tournament as well.

The decision was taken by the PCB after New Zealand abandoned the T20-ODI series against Pakistan at the last minute Friday, citing a high-level security threat.

The venue for the National T20 Cup, aimed at preparing the Pakistan cricket team ahead of its T20 World Cup campaign, has been shifted from Multan to Rawalpindi and Lahore.

Rawalpindi will host the first phase of the tournament from September 23 to October 1, said sources. The second phase of the cup will be held from October 4-11 at Lahore’s Gaddafi Stadium.

The matches were shifted from Multan to Rawalpindi and Lahore as better facilities were available in the two cities compared to Multan.

All members of the Pakistan T20 World Cup squad will be seen in action during the National T20 cup.

Millions of cricket fans in Pakistan were left heartbroken when the New Zealand team took the unilateral decision to abandon the ODI-T20 series with Pakistan citing a “security alert”.

“Earlier today, New Zealand Cricket informed us they had been alerted to some security alert and have unilaterally decided to postpone the series,” reads a press release issued by the PCB release shortly after the development took place.

“Pakistan Cricket Board and Pakistan Government made foolproof security arrangements for all visiting teams. We have assured the New Zealand Cricket of the same. The Pakistan prime minister spoke personally to the prime minister of New Zealand and informed her that we have one of the best intelligence systems in the world and that no security threat of any kind exists for the visiting team,” it added.

The PCB had said that the security officials with the New Zealand team have been satisfied with security arrangements made by the Pakistan government throughout their stay here.