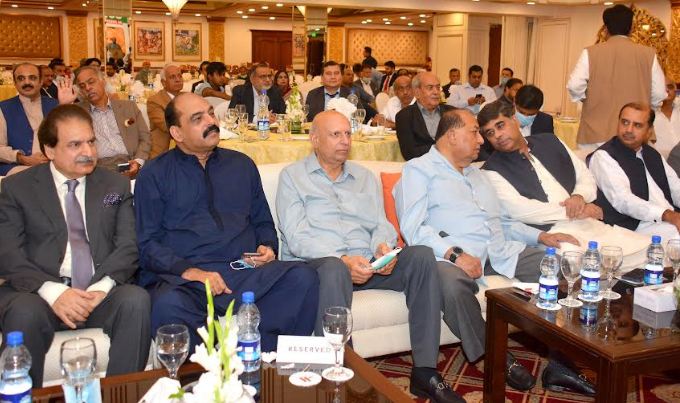 He further said that peace in Afghanistan would not only be in benefit for the region but also for the entire whole world. Pakistan will not interfere in internal matters of any country including Afghanistan but conspiracies of India against peace were seen by the whole international community, he added.

Chaudhary Mohammad Sarwar said that unfortunately India was still against peace. There was no such example in world, the way India was oppressing innocent people and children in Indian Illegally Occupied Jammu and Kashmir (IIOJK), he said and added that United Nations should solve the issue of Kashmir in accordance with its resolutions because it was very important for complete peace in the region.

Under the leadership of Prime Minister Imran Khan, he said, the government was focused on strengthening the economy and national permanence. “We saved the country from economic bankruptcy and today the whole world is acknowledging the economic progress of Pakistan. The government is using all resources to overcome the problems of unemployment and inflation. Promises made with the public will be fulfilled and we will save the country from problems like poverty and unemployment,” he mentioned.

Ambassador of Kazakhstan also spoke on the occasion and invited the Pakistani businessmen to invest in his country. He said his country greatly valued relations with Pakistan and wanted to diversify these relations in all fields. Ambassador Kistafin said the Kazakhstan government had announced incentives for the business people besides providing conducive and business friendly environment.

Gohar Ejaz while speaking on the occasion thanked the host for providing him with an opportunity of meeting with a galaxy of friends from across Pakistan. He also shared with the audience some key points of his success story. He said success lies in following to teachings of Islam. Gohar also quoted verses from Quran and Hadith to substantiate his point.

Earlier Zafar Bakhawri the host of the event, greeted the gests. Zafar also shed light on the achievements and charity work done by Gohar Ejaz. He said, the businesses community especially must follow the footsteps of Gohar Ejaz and come forward to serve the needy people.