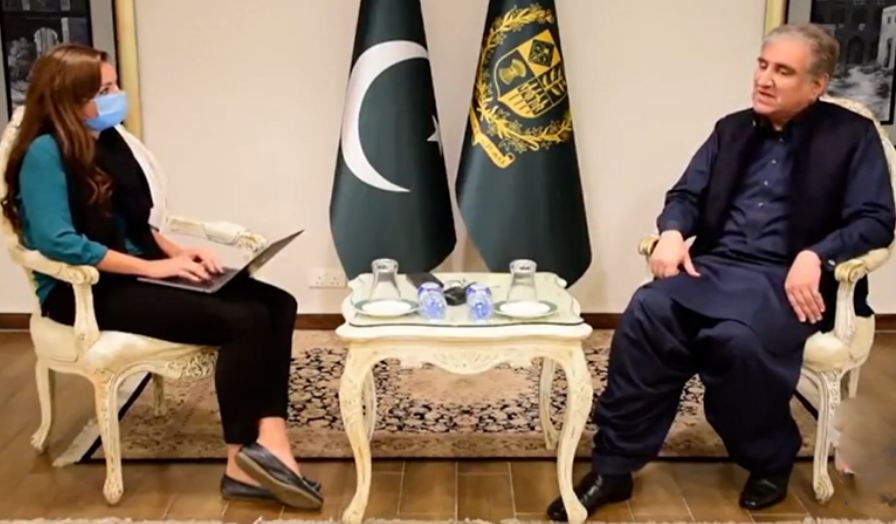 ISLAMABAD, SEPT 15: Foreign Minister Shah Mahmood Qureshi has said that the Pakistani government would be “open to giving” a pardon to members of the banned Tehreek-i-Taliban Pakistan (TTP) if they promise not to get involved in terrorist activities and submit to the Pakistani Constitution.

In an interview with The Independent in Islamabad whose video was posted on social media by the state-run Associated Press of Pakistan on Wednesday, the foreign minister said Pakistan was concerned about the reports of TTP figures being released from prisons in the wake of the Taliban takeover of Afghanistan.

“If those guys come and start creating problems for us over here, it will affect innocent lives and we don’t want that,” he said while referring to the TTP.

Qureshi said if the new Afghan setup could use its influence and talk to the TTP, and “if [the TTP] are willing to mend fences and not take the law into their hands and not get involved in terrorist activities and they submit and surrender to the writ of the government and the Constitution of Pakistan, we are even open to giving them a pardon.” “But as long as they do not come and start undertaking terrorist activities [in Pakistan]. That is our concern,” the minister emphasised.

Qureshi termed as “positive” the Afghan Taliban administration’s announcement that they would not allow any terrorist groups to use their soil against any country, including Pakistan.

He said Pakistan had been “continuously” pointing out TTP sanctuaries to the Ashraf Ghani government, “but they wouldn’t move”. It remains to be seen whether the Afghan Taliban act on their assurances, Qureshi added.

The foreign minister’s comments come days after President Arif Alvi suggested during an interview with DawnNews that the government could consider giving an amnesty to those TTP members who had not remained involved in “criminal activities” and who laid down their weapons and agreed to adhere to the Pakistani Constitution.

For years, the TTP unleashed deadly attacks on urban centres across Pakistan from their bases along the Afghan border, where they provided shelter to an array of global jihadist groups including Al Qaeda.

Sporadic attacks targeting security forces, however, continue. Earlier this month, the TTP claimed responsibility for a suicide attack near a Frontier Corps (FC) check post in Quetta in which four paramilitary personnel were martyred and 21 others injured.