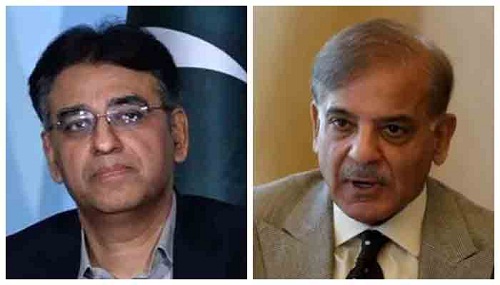 ISLAMABAD/LAHORE: Federal Minister Asad Umar believes the cantonment board elections have proved that PTI is the only majority party in the country and that Prime Minister Imran Khan is the only national leader.

In a statement on social networking site Twitter after the polls wrapped up and unofficial results were in, the federal minister said that the PTI won either the highest or second-highest seats in every province in the cantonment board elections.

According to a statement attributed to the PML-N president on Twitter, he called up the leaders of the party and expressed his appreciation for them. He praised the members, leaders, workers, voters and supporters for their hard work that led to victory, the statement read.

Shehbaz said that by the grace of God, the success the party was achieving is the result of people’s trust and hope in PML-N and it politics.

He congratulated the entire nation and the successful candidates.

He assured the masses that PML-N would do all it takes to meet their expectations and will use an effective strategy and strong conviction to start a new era in politics.

What were the results?

Unofficial and unverified results of the local body elections of cantonment boards held across the country a day earlier came in last night.

Of the candidates vying for the total 219 wards across 42 cantonment boards, seven candidates were already elected unopposed. Therefore, the race was held for 212 seats. As many as 684 independent candidates from across the country were in the fray, while 876 candidates from political parties were contesting.

PTI emerged as the biggest winner in the cantonment board polls. According to the preliminary, unofficial results, PTI obtained 63 seats, closely followed by PML-N which won 59.