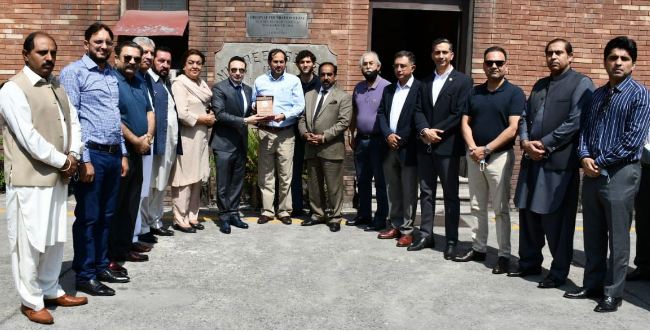 ISLAMABAD, SEPT 13 (DNA) – Sardar Yasir Ilyas Khan, President, Islamabad Chamber of Commerce & Industry has called upon the government to extend maximum facilitation and support to the export-oriented industries in their endeavours to boost the country’s exports that would help the economy to prosper.

He expressed these views during a visit along with a delegation to Murree Brewery Company. He said that Murree Brewery was making a useful contribution to the national economy by promoting exports and paying taxes, therefore, it needed more cooperation from the government side for business promotion.

Sardar Yasir Ilyas Khan and delegation members visited various parts of the factory and appreciated its state-of-the-art production facilities. He emphasized that the government should further facilitate Murree Brewery in promoting export of its products to Europe, USA, UK and other potential markets. He assured that ICCI would cooperate in addressing key issues being faced by this sector so that it could further promote business activities with ease.

Isphanyar Bhandara, Chief Executive, Murree Brewery along with his team welcomed the ICCI delegation and thanked them for visiting their manufacturing facility. Giving a briefing about his company to the ICCI delegation, he said that Murree Brewery was established in 1860 in Punjab and since then, it has been doing successful business in this part of the world. He said that with the passage of time, the company has modernized its manufacturing facilities and was producing world class products. He also highlighted some key issues of his sector and hoped that ICCI would help in resolving them.

Fatma Azim Senior Vice President, Abdul Rehman Khan Vice President ICCI and other members of the delegation also lauded the role of Murree Brewery in the economic development of the country and assured that ICCI would play a role to redress their key issues.=DNA