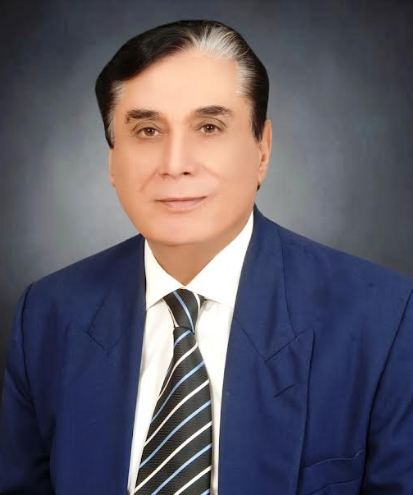 Islamabad, Sept 12 /DNA/ – Corruption breeds injustice, poverty, undermines social, economic development of societies and affects the countries around the world. NAB being the focal agency of Pakistan under United Nations Convention against Corruption (UNCAC) is determined to weed out this scourge of corruption and to make Pakistan Corruption free by adopting “Accountability for All” policy. NAB being the apex anti-corruption agency and mandated to eliminate corruption, corrupt practices, is operating through a three pronged strategy of Awareness, Prevention and Enforcement. In order to eradicate this evil from society, it has consistently engaged all stakeholders and is incessantly combating this national menace with unflinching resolve through its multi-pronged strategy, which has started yielding remarkable results. In addition, NAB has played a role of torch bearer for other anti-corruption organizations by putting a maximum limit of 10 months for expeditious disposal of – white-collar mega corruption cases.

NAB was established in order to eradicate corruption and recover looted money from corrupt elements and deposit in the national exchequer. Honorable Mr. Justice Javed Iqbal, after assumption of his responsibilities as Chairman NAB not only had introduced a comprehensive and effective anti corruption strategy which has started yielding excellent results. Reputed National and International Organizations like Transparency International Pakistan, World Economic Forum, Global Pace Canada, PILDAT and Mishal Pakistan have not only lauded NAB’s efforts for eradication of corruption but in the Gilani and Gallup Survey about 59 percent people have shown their confidence upon NAB as NAB under the dynamic leadership of Honorable Mr. Justice Javed Iqbal, Chairman NAB has not only rejuvenated but has only recovered 535 billion directly and indirectly from corrupt elements during the last more than three years which is remarkable achievement as compared to previous years of NAB.

NAB had received 496,460 complaints since its inception, out of which 487,124 complaints were disposed of. NAB has authorized 16,093 Complaint Verification (CVs), while 15,378 Complaint Verification were completed. NAB has authorized 10,241 inquiries, out of which 9,275 inquiries have been completed. NAB has authorized 4,654 Investigations, out of which 4,358 Investigations have been completed by NAB since its inception. NAB has recovered Rs. 822 Billion directly and indirectly since its inception. NAB had filed 3754 references in various Learned Accountability Courts, out of which 2477 References were decided by Learned Accountability Courts. Currently, 1273 references having worth of Rs. 1335.019 Billion are under trial at various Learned Accountability Courts. NAB was selected as the first Chairman of SAARC anti Corruption Forum. NAB has signed an MOU with China to oversee CPEC projects being conducted in Pakistan. NAB has introduced a new concept of Combine Investigation Team (CIT) in order to benefit from the experience and collective wisdom of senior supervisory officers in order to further improve the standard and quality of inquiries and investigations on the basis of solid evidence as well as statements of witnesses and documentary evidence besides establishing state of the art Forensic Science LAB which has facilities of Digital Forensics, Questioned Documents and Fingerprint analysis. These initiatives of NAB are lending quality. NAB had devised a Monitoring and Evaluation System as well as a comprehensive Quantified Grading System in order to further improve the performance of NAB under the dynamic Leadership of Honorable Mr. Justice Javed Iqbal, Chairman NAB. In line with NAB’s Enforcement Strategy, NAB under the dynamic leadership of Honorable Mr. Justice Javed Iqbal, Chairman NAB has itself prescribed a timeframe for completion of investigations and subsequently filing of references on the allegations of corruption and corrupt practices. NAB has also established Witness Handing Cells in all its regional bureaus. Due to this reason, NAB is vigorously pursuing its cases in the learned Courts on the basis of solid documentary evidence and its overall conviction ratio is about 66 percent. as per law. The indiscriminate actions of NAB under the dynamic leadership of Honorable Mr. Justice Javed Iqbal, Chairman NAB have increased its prestige of NAB manifold against the mighty as the aim of NAB is to apprehend the corrupt elements and deposit the looted amount in the national exchequer which is indicative of the hard work, merit and hard work transparency being put in by all ranks of NAB officials in an atmosphere of renewed energy and dynamism, where fight against corruption is being considered as a national duty.