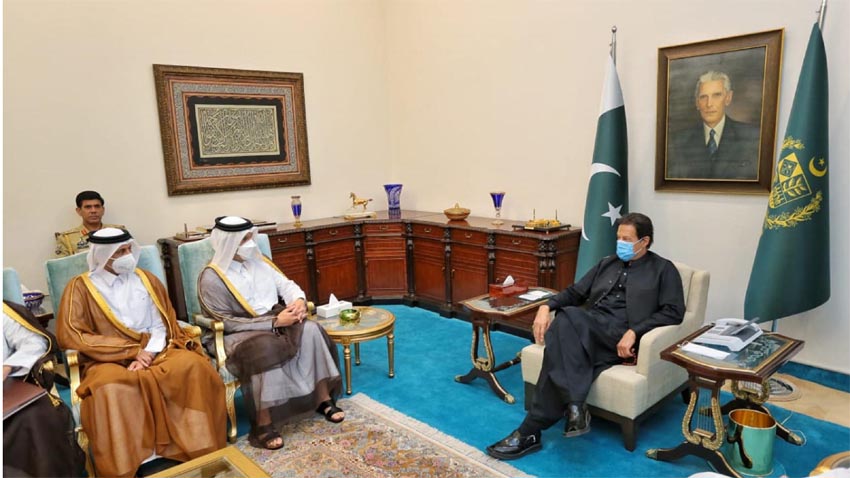 ISLAMABAD: Prime Minister Imran Khan has called upon the international community to stand in solidarity with the Afghan people, engage positively, and create incentives to ensure sustainable peace, stability and economic development in Afghanistan.

He was talking to Deputy Prime Minister and Minister of Foreign Affairs of Qatar Sheikh Mohammed bin Abdulrahman Al-Thani, who called on him in Islamabad on Thursday.

The Prime Minister emphasized that it is vital to stabilize the security situation, prevent a humanitarian crisis, and stabilize the economy. He said Pakistan has and will continue to play its role for the economic uplift, humanitarian relief and assistance to Afghanistan.

During the meeting, views were exchanged on the developments in Afghanistan and diversifying Pakistan-Qatar relations.

The Prime Minister conveyed warm regards to the Amir of Qatar.

Highlighting that Pakistan had suffered enormously due to protracted conflict in Afghanistan, the Prime Minister underscored the importance of a peaceful, secure and stable Afghanistan for Pakistan and the region.

The Prime Minister lauded Qatar’s role in support of the Afghan peace process.

In the bilateral context, the Prime Minister reaffirmed Pakistan’s desire to strengthen mutually beneficial ties with Qatar. He stressed the importance of enhanced collaboration in diverse areas, including trade and investments, energy, and enhancing people-to-people linkages.

The Qatari leader acknowledged Pakistan’s important role as well as efforts for regional peace and stability.

He also underscored Qatar’s commitment to maintain close contact with Pakistan on bilateral and regional matters.