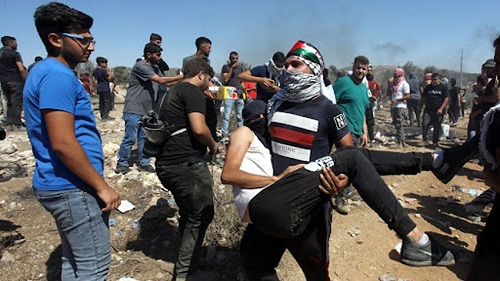 In Palestine, over hundred protesters have been injured in clashes with Israeli soldiers near Nablus city of West Bank.

In a statement, the Palestinian Red Crescent Society said the protests broke out in Beita, Huwara and other areas in the West Bank against the tightened measures that had been taken against thousands of Palestinians imprisoned in Israeli jails.