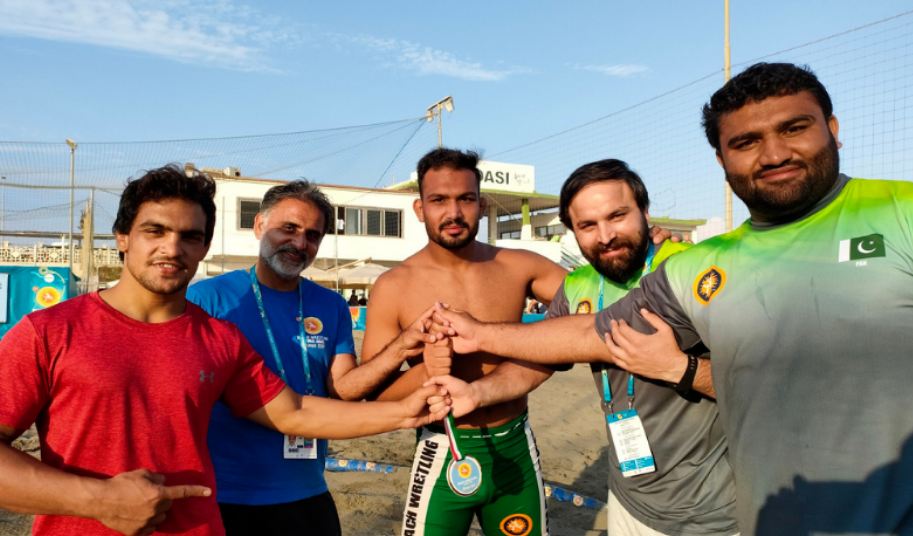 According to the report, Butt defeated his Ukrainian competitor 3-0 in the final.

Earlier in the competition, he had defeated Romania’s Mihai Nicolae Palaghia in the semi-final by 3-0 as well.

In a video shared on Twitter after the event, Inam credited Pakistan Wrestling Federation for his win. He also thanked the Pakistan Sports Board, its director general Asif Zaman and Federal Minister of Inter-Provincial Coordination (IPC) Dr Fehmida Mirza. “They helped me a lot. We were not getting visas because of Covid. It is because of their efforts that I got a visa and came here,” Butt shared. In a separate tweet, Butt shared he had cut 16kg in weight to “make Pakistan a champion”.

A number of officials and fellow sportspersons rushed to congratulate Butt, who has also won medals for Pakistan in the past.

This was not Butt’s first win in international competitions. He had won the gold medal at the inaugural ANOC World Beach Games in Doha in 2019.

He added another feather to his cap when he won gold in the 92kg wrestling category at the South Asian Games in 2019.

The Gujranwala-born wrestler was also Pakistan’s sole gold medalist in the 2018 Commonwealth Games where he competed in the 86kg category.