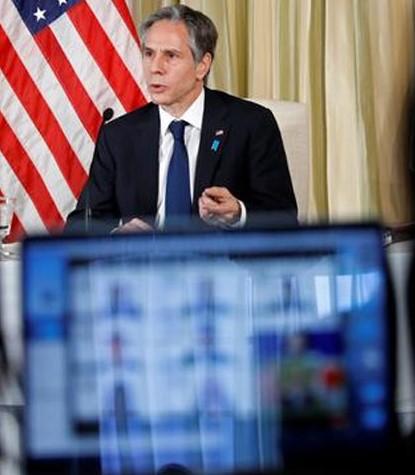 New Delhi, (AFP/APP): Afghanistan would become a “pariah state” if the Taliban take control of the country by force and fail to respect the rights of its people, US Secretary of State Antony Blinken said on Wednesday.

He said reports of “atrocities” committed by the Taliban in recent weeks as they made advances across the country were “deeply, deeply troubling” and “certainly do not speak well to the Taliban’s intentions for the country as a whole.”

He added that the United States “remain very much engaged in Afghanistan, in support of the government through the various forms of assistance we’re providing, including to the security forces, as well as the diplomacy that we’re engaged in to try to bring the parties together in a meaningful way to resolve the conflict, peacefully.”