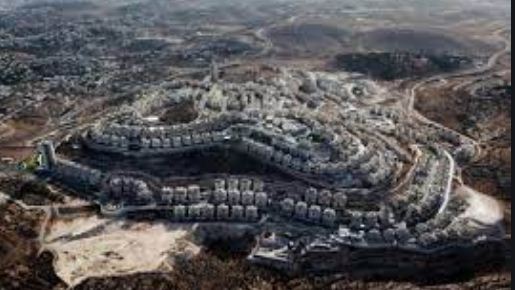 RAMALLAH: What the Israeli occupation authorities are committing in the occupied city of Jerusalem; in its neighborhoods, holy sites, streets, heritage and historical monuments, are crimes that necessitate accountability and punishment for the perpetrators for violating international legitimacy

In a statement issued PNC added that the occupation  authorities’ announcement of the implementation of the so-called “East Jerusalem city center plan” – especially on Salah Eddeen Street, which forms the heart of Jerusalem – aims to obliterate the identity, history and features of the Old City, and bring about further changes to the legal and demographic reality of the city to serve the Judaization project in the occupied city including its neighborhoods, markets and streets, and changing its Arab, Islamic and Christian character.

PNC explained that this new settlement plan on Salah Eddeen Street, which is one of the most important cultural, civilizational and commercial centers for residents and visitors of the city, also aims to further confiscate lands, restrict mobilization and strike the city’s economy in terms of trade, tourism, companies, educational and various public institutions.

All of this comes amid the escalation of settlers’ incursions into the blessed Al-Aqsa Mosque, PNC added, the settlers storming accompanied by repression, arrest and assault on worshipers in Al-Aqsa Mosque, as about 5,000 settlers carried out those incursions during the last three months of this year, in an attempt to establish the spatial and temporal division of Al-Aqsa Mosque, and to establish a gradual change in the “status quo” on the honorable Mosque sanctities.

added, and the demolition of homes and the displacement of their owners in the neighborhoods of Jerusalem, especially Sheikh Jarrah

neighborhood, and the neighborhoods of the town of Silwan (Batn Al-Hawa, Al-Bustan and others), without international accountability for these crimes.PNC affirmed that the continuing violations by the occupying power (Israel) to the Hague Convention and the relevant Geneva Conventions, and the resolutions of the “UNESCO” and United Nations resolutions that rejected the claims of Israeli sovereignty over the city of Jerusalem as an occupied Palestinian city constitutes a flagrant challenge to the will of international institutions and its decision-makers, especially the UN Security Council, which must take its role, abandon the policy of inaction and turn a blind eye to these crimes, and work to prevent the implementation of this Judaization plan in the city of Jerusalem.

PNC called on the Arab and Islamic nations, their governments and parliaments to assume their responsibilities, implement the decisions of their political and financial institutions to save the occupied city of Jerusalem, and thwart the Israeli occupation’s attempts to impose its sovereignty over it and its Christian and Islamic sanctities before it’s too late, and not to leave Jerusalem and its people alone before the Israeli machine of terrorism and Judaization. History and future generations will not be merciful to anyone who is negligent or neglectful of the Arabism of the holy city and the blessed Al-Aqsa Mosque; the first of the two Qiblas and the third of the Two Holy Mosques, and the ascension of our noble Messenger to heaven.
—