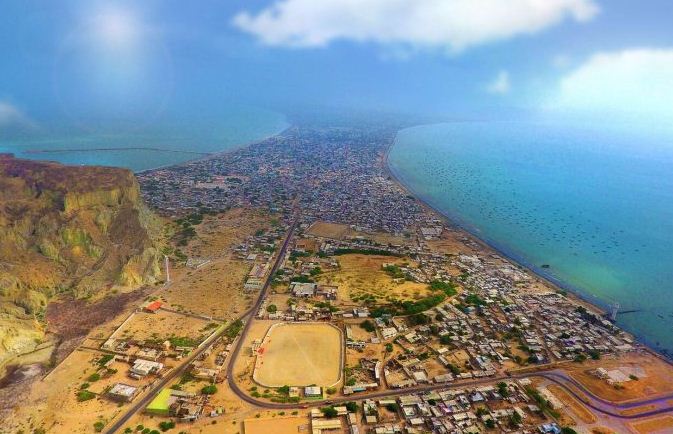 Gawadar: Gawadar, a port city with breathtaking and mesmerizing coast line can undoubtedly be developed into a major tourist attraction of Pakistan. Conceived as a natural deep water port in early nineties, its scope has increased manifold over the years. In 2015, with the launch of CPEC, a pilot project of China’s Belt and Road Initiative (BRI), Gawadar assumed a crucially important strategic place in connecting Western China with Middle East, Central Asia, Africa and Europe for materializing optimal benefits of shared development by easing trade, tourism and cultural ties in the region.
Rightly dubbed as ‘Jewel of CPEC’, it is an ideal location for industry, business and tourism to thrive, with huge potential of generating economic activities and numerous employment opportunities. According to a conservative estimate, once developed fully, Gawadar free economic zones may generate economic activities worth $13 Billion dollar annually.
Gawadar South Free Zone covers 66 acres of land; whereas North Free Zone, inaugurated by Prime Minister during his recent visit to Gawadar on 5th of July 2021, is planned to be developed over more than 2200 acres of land, making it almost 35 times greater than the South Free Zone. It would offer huge investment opportunities to the business community, both local and foreign. Notable Chinese investors expressed their commitment via video link to tap Pakistan’s huge economic potential by investing more than $100 Billion in Gawadar Free Zones in various labor and investment intensive projects.
On this occasion, other projects inaugurated by the Prime Minister under CPEC framework included establishment of Agriculture Industrial Park, Gawadar Expo Center, Gawadar Animal Vaccine Plant, Lubricants Plant and Gawadar Fertilizer Plant. Moreover, two MOUs were also signed between Government of Pakistan and Chinese companies for the installation of a desalination plant and a power house to provide clean drinking water and affordable clean energy to address two of the major issues plaguing the area. Besides all this, the construction of East Bay Expressway would go a long mile in improving upon connectivity of Gawadar port with Karachi, the leading industrial and business center of the country for the promotion of economic activities in the region.
In short, Prime Minister’s recent visit to Gawadar would usher in a new era of economic growth in the region by boosting efforts to connect Gawadar with rest of the country by improving upon communication infrastructure, massive industrialization by roping in foreign direct investment, and taking on board all major neighboring countries like Saudi Arabia, United Arab Emirates, Kuwait, Qatar, Oman, Egypt and Kenya.
One window facilitation process to ensure ease of doing business is need of the hour to lure in foreign investors. Cognizant of the fact, Federal Government is taking practical steps to clear hiccups in the process by developing a robust mechanism with the help of Balochistan’s provincial government. Besides all these development initiatives aimed at the development of Gawadar as a hub of business activities and a buckle in the belt of China’s Belt and Road Initiative (BRI),