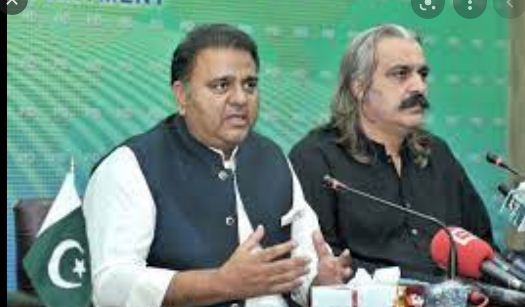 If both Bilawal and Maryam had any moral courage, then they should accept responsibility for the drubbing at the hands of PTI and better gracefully resign to make way for the fresh leadership, he said addressing a news conference here along with Minister for Kashmir Affairs and Gilgit Baltistan Ali Amin Gandapur.

The minister said the Pakistan Tehreek-e-Insaf (PTI) had got a massive mandate in the July 25 Azad Jammu and Kashmir (AJK) elections, which would have a far reaching consequences and impact for the region. He congratulated Ali Amin Gandpur on the party’s outright win.

He said the false narrative of rigging had vanished with a huge turnout of over 70 percent. Such a landslide victory could not be the outcome of manipulation, he said, adding it was rather a manifestation of the people’s confidence in the leadership of Prime Minister Imran Khan, who was the most popular leader not only in the AJK but also across the Line of Control.

With a huge mandate for the PTI, the AJK people had in fact given a new hope to their brethren facing Indian reign of terror in the occupied Jammu and Kashmir, he remarked.

Fawad said the AJK people had fully banished the narrative of Maryam Nawaz, who was targeting the national institutions. Her father Nawaz Sharif’s meeting with Afghan National Security Adviser Hamdullah Mohib a day before the polling day, he added, also did convey a negative message to the voters.

Like Pakistan and Gilgit-Baltistan, the parties with hereditary leadership had been routed in the AJK polls since the people there had rejected their narrative, he added.

The minister said Bilawal had given a ‘gift’ of the party’s defeat the AJK elections to his father Asif Ali Zardari on his birthday. The PPP, once a major political force in the country, had now been squeezed to just once province and it would vanish from Sindh on account of misrule and bad governance, he added.

Fawad said how the PML-N expect the Kashmiris to vote for it as its leader Nawaz Sharif had invited (Indian Prime Minister) Narendra Modi to Jati Umra, besides holding meetings with Jandal and working against national interests.

On the other hand, he said, Prime Minister Imran Khan did strive to effectively highlight the Kashmir imbroglio at international forums and that was why he was deemed as the ‘ambassador of Kashmir cause’.

During his election rallies, the prime minister focused on the Kashmiris’ sacrifices and freedom movement whereas Maryam and Bilawal only criticized Imran Khan, he added.

The minister said Prime Minister Imran Khan would take a decision about the next AJK leadership, including LA speaker, prime minister and president.