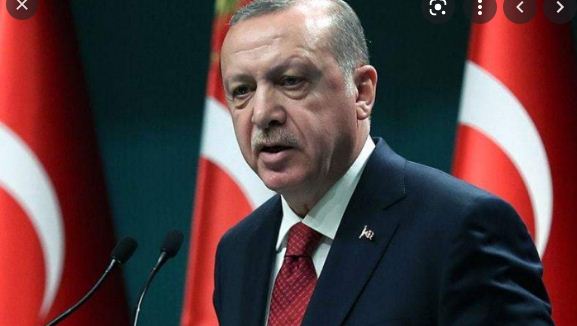 Nicosia: Turkey’s visiting President Recep Tayyip Erdogan insisted Tuesday on a two-state solution in Cyprus, in an uncompromising speech on the 47th anniversary of his country’s invasion that divided the Mediterranean island.

“We don’t have another 50 years to waste,” he told a crowd at a parade in the north of the capital Nicosia, referring to decades of failed UN-led efforts to reunite the Greek and Turkish Cypriot-controlled sectors of Cyprus.

“No progress can be made in negotiations without accepting that there are two peoples and two states with equal status,” he said.

“A new negotiating process can only be carried out between two states… The sovereign equality and equal status of the Turkish Cypriots must be confirmed. That’s the key to a solution.”