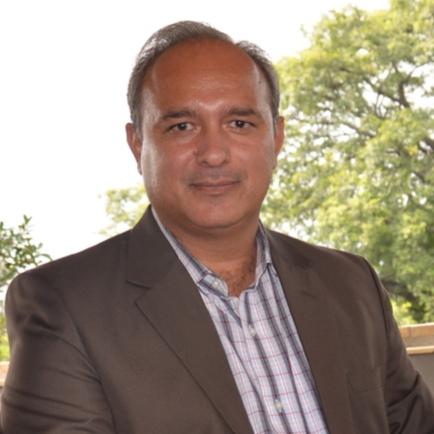 Propaganda, lies, falsehood and myths; in so many forms and shapes. Unabated! One of the latest moves to purposefully but baselessly vilify China on the issue of Xinjiang and its Muslim Uygur population has unfolded in the form of the so-called ‘Uyghur Tribunal.’

It is becoming clear that desperate West would attempt to go to every length possible when it comes to defaming China that it [the West] otherwise fails to compete with. Hence, the moves such as unfunded allegations, unjustified sanctions and now this farce, i.e., ‘Uyghur Tribunal.’

That they are forced to rely on an illegitimate platform to forward their agenda makes it clear that their stance, their stories, their much talked about evidence are not worthy of being presented in front of any proper, legitimate legal forum – domestic or international. So the anti-China forces are resorting to such a fictitious court and trial.

There is a method is this madness. The same faces who we see active on this fallacious activity have a history of anti-China moves. Their previous misadventure – the fallacious ‘China Tribunal’ created and run on the pretext of organ transplant practices – was nothing but a self-defeating failure. The fate of ‘Uyghur Tribunal’ would not different either.

After being created in September 2020, the fictitious court held its first hearing early in June 2021 and next one is scheduled for September. Some 30 ‘victims’, ‘witnesses’ and ‘experts’ appeared in the first hearing. Same faces, same stories. All these people have been saying this for years and years – without any solid, tangible proof that can be presented at a meaningful legal forum – and they themselves are aware that their case is fundamentally lacking in substance.

Xinjiang and its people continue to move on; the Uyghur Autonomous Region is progressing ahead witnessing all-encompassing, broad-based, harmonious development shared by all its inhabitants regardless of their ethnic background and/or religion. More importantly, China’s effective, comprehensive and consistent anti-terror and de-radicalization policy has ensured peace and stability in the region. Xinjiang has not recorded an major untoward incident for a long time. The benefits of Xinjiang’s stability and development are now also shared by regional countries as multi-pronged connectivity infrastructure is making this frontier of China a hub of the whole central Eurasian landscape. Continuous tricks and conspiracies from anti-China forces using the name of Xinjiang must be seen in this broader picture.

A large number of International Law experts are of the view that moves such as ‘Uyghur Tribunal’ having no overt backing from any state or any global institution enjoy no credibility and value. Any legal sanction of their findings and acts is certainly unthinkable.

It is no secret that this initiative is funded mainly by World Uyghur Congress (WUC), which itself is funded largely by the Open Society Foundation. When those running the ‘tribunal’ issued a call for crowd-funding; the lukewarm response they received was telling that the move has no backing among the majority of ordinary people either. Such steps are taken by and large for vested interests of so-called experts and activists who thrive professionally and make a name through such tactics.

The open and covert backers of the Uyghur Tribunal feel that as they have a person like Mr. Geoffrey Nice chairing the ‘tribunal’; he and his findings may find acceptance among a large number of Muslims of the world because of the fact that Nice was prosecutor of Slobodan Milosevic. Yet, majority of the Muslims around the world are well-aware that the happenings in Balkans in 1990s and Xinjiang of today are in no way comparable, much less to be treated similarly. Poles apart! Moreover, several questions are also being raised on the way the trial of Milosevic was conducted.

Other members, backers and experts involved in the ‘Uyghur Tribunal’ are also known anti-China figures whose propaganda and falsehood on Xinjiang, Hong Kong, human rights and issues such as organ transplant has been busted time and again. And importantly, the linkages of those driving such illegitimate initiative are also being traced towards Falun Gong – the banned, dangerous Chinese outfit. Had happened in any other nation or part of the world; these same countries would be lamenting the same as support for extremism and terrorism. Western societies should pay attention that what forces they actually are encouraging in this way.

Yet, while the move is not state-backed, important question is would the Western countries and societies allow similar moves for their deeds in Afghanistan, Iraq and previously their exploitations and cruelties all across the globe during colonization? What will be the value and legitimacy of such moves in the eyes of people of Western nations?

The Western countries and societies need to realize that such moves as ‘Uyghur Tribunal’ do no good to international system and order. Creating such fictitious bodies would not stop China from progressing and rising continuously; it will only sow the seeds of mistrust and damage much-required spirit of global cooperation. Every sane person in the world is well-aware that misadventures such as ‘Uyghur Tribunal’ have no legitimacy whatsoever and make no impact except exposing the intent and ill-will of those manoeuvring the same.

The author is Founding President of the Eurasian Century Institute (ECI), Islamabad-Pakistan. He may be accessed at irfanzad@gmail.com