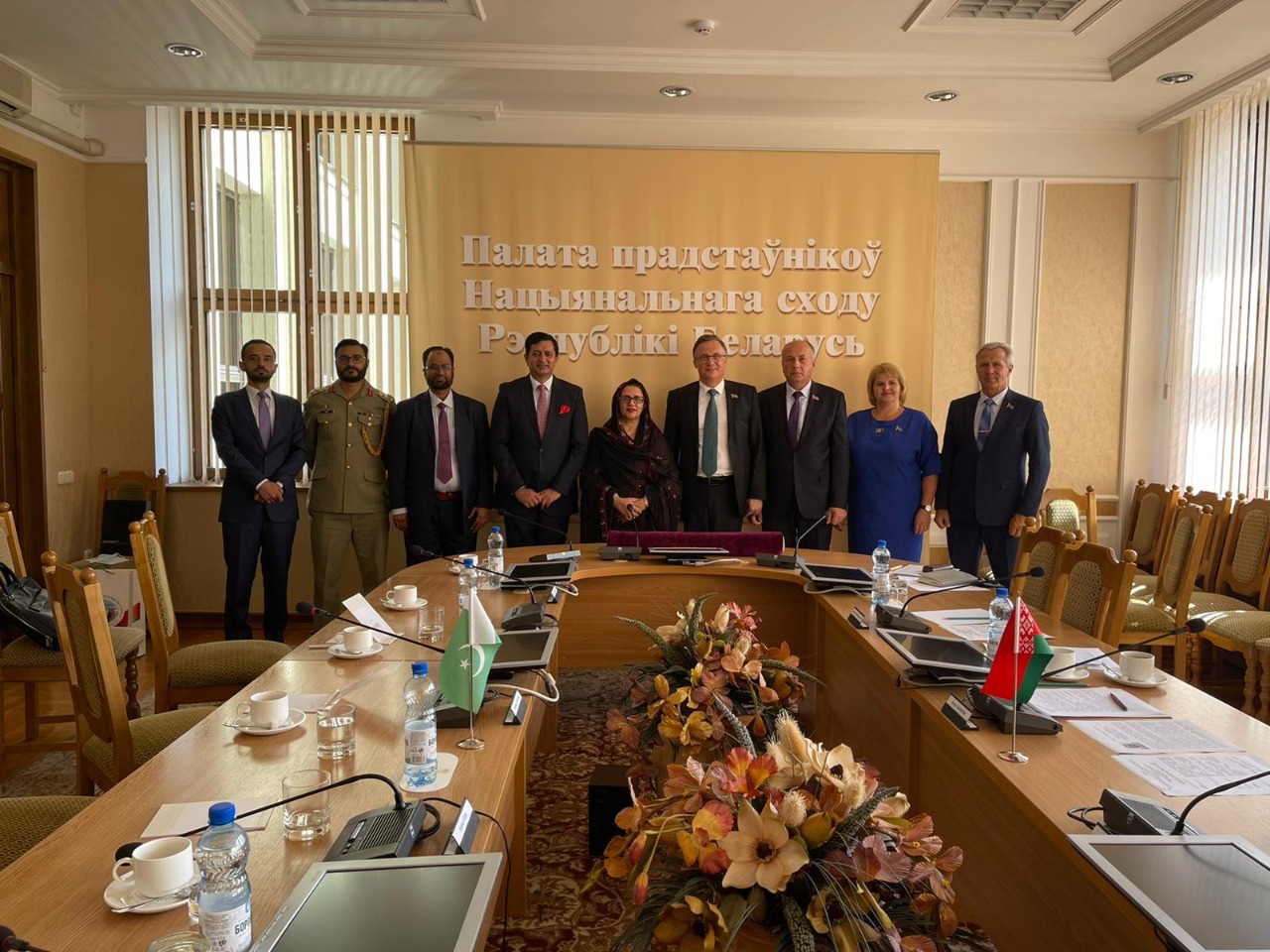 Chairman of the standing committee on International Affairs Andrei Savinykh extended a warm welcome to the Minister and delegation, shared his perspectives on the regional situation and shared the desire for closer collaboration between the two countries.

Ms Zobaida Jalal highlighted on the current state of bilateral relationship and prospects for future development of cooperation in different domains.

Expressing her complete satisfaction over the proceedings of her visit to Minsk in connection with MILEX exhibition, she expressed her hope that the visit will further provide fresh impetus to strengthening cooperation between the two countries and will lead to concrete results in the future.