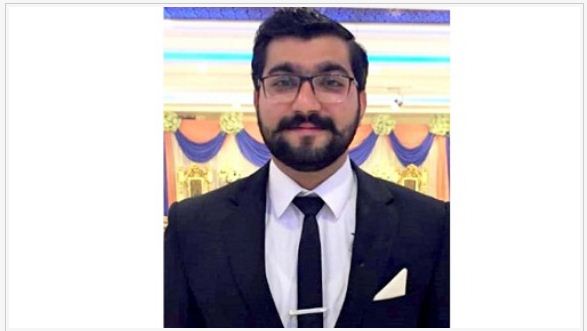 Prime Minister Netanyahu has served Israel for long 12 years, the longest ever tenure. While it comes to an end on Sunday, by a thin margin of 60-59 vote of confidence, Naftali Bennett, a high-tech millionaire took the claim.

Only with the desire to focus on domestic issues, Bennett belongs to a right-wing nationalist party known as Yamina which makes it quite a mandate to follow in his coming tenure. This puts a question to the issue of Palestine which has been ongoing in the war zone forthe past few weeks. The new administration has remained to avoid the sweeping moves on the reports, but the conditions of Palestine say otherwise.

The Palestinian issue has been long since 1948 despite the changes of governments and administrations, it has always remained a top-notch priority for Israel. This is why the dependence on the change of government of Israel is not to be assured of making any change in the war zone, but it might keep on going just as before. As Bennett remarks on the issuing state that the creation of Palestine would be death to Israel brings an image of the same policies as Israel has been implementing.

Bennett is a strong supporter of Jewish settlements with the annexation of most of West bank, it would not opt to clear the differences than what ‘Bibi’ did. As he remained Netanyahu’s chief of staff but becomes a hardcore rival afterward, there are no such policies of leading peace towards Palestine. This sentiment has opposed the ‘two-state agenda which was remarked by Naftali Bennett, “We will not allow the Israeli government to recognize a Palestinian state under no circumstances.”

Whilst there is no peace for the Palestinians, no hopes lieon this ground as well. The Bennett administration is set to be fiercer than the previous government because of its history. In 2014 Bennett openly expressed that “I have killed Arabs and there’s no problem with that.” Depicting the agenda of PM Bennett, there is no change in the uprising illegal interventions in Palestine. Although, the Palestinians have assured of no hope but meeting the tensions with more violence than that of Netanyahu. Hence, the problem remains a high priority for both countries whether there is a change in government or not.

A recent month for Palestine has remained under the shed of terrified bombings by the Israeli forces. The 11-day on-slaughter brought devastating effects on the locals, killing more than 250 people including many children as well. These attacks imprint a huge mark on the Palestinian as they suffer more day by day, nonetheless the changes in the government as the only the face differs. Although the ceasefire was made but as soon as Bennett took the office, two days after the bombing begins again.

There are no chances for the Palestinian to reach on negotiations in the new regime. PM Bennett has remained more aggressive on the grounds than Netanyahu which makes the Palestinians hopeless. The demonstrative show by the new Israeli government has made a clear point which was seen in the address of PM Bennett and his vast past experiences. Thus, to say that the change of government will bring any change in the Israel’s apprach would turn out to be more violent and extreme than that of previous faces of government.

The US-Israeli-led coalition through the lens of Bennett is seen with the Biden administration. For now, he is focused on intact the relation and gains the previous hand back of democratic coalition which according to him was lost in Netanyahu’s time. In the wake of US-Israel relations, Palestine has drawn the attention of the international community which is to be dealt with strong control and attention for the bipartisan system. This does not mean to let go of the human rights violation but to make the international community confident of the actions happening in Palestine. As the court orders still in process for the reconstruction of Gaza and potential evictions of families of Palestinian, the engagement of the US in Israel’s arena has not reached any decision yet.

The change of faces on the chairs of government cannot change the fate of Palestine until met the standards of the international community with a strong narrative. The ongoing war between the Hamas group and Israeli forces is the most brutal due to heavy bombings. The new government seems more desperate to be violent as the bombings have begun already in Gaza. The time has now emerged to look up to the international community to follow the trends for regional and global peace.

LEADERS OF UAE TRANSFORMED THE COUNTRY INTO AN ENVY OF THE REGION: BILAWAL