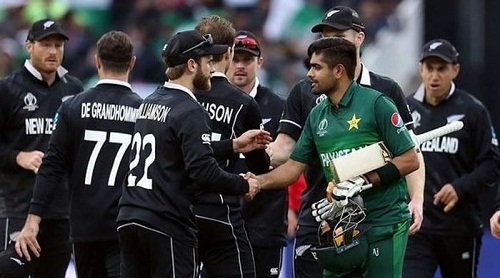 The New Zealand cricket team is optimistic about touring Pakistan after 18 years for a series before the ICC Men’s T20 World Cup.

This was said by Chief Executive New Zealand Cricket David White Saturday. In a statement, White said the New Zealand board was in contact with the Pakistan Cricket Board (PCB) and Pakistani government agencies.

“All going well, ensuring that we satisfy all the security arrangements which I’m confident we will do, we will be touring Pakistan,” he said.

New Zealand is looking forward to playing a white-ball series against Pakistan before the T20 World Cup. The series will prove beneficial for both sides to improve their T20 skills before the global event kicks off on October 17 in the UAE.

Pakistan is scheduled to host England for a T20 series before the T20 World Cup, in October 2021.

The New Zealand cricket team also has a packed schedule ahead of itself as the Black Caps are supposed to tour India, whom they defeated in the final, right after the conclusion of the T20 World Cup, before hosting Bangladesh and South Africa for more red-ball matches.

New Zealand skipper Kane Williamson, Trent Boult, James Neesham, and Lockie Ferguson will feature in the second phase of the IPL 2021 in the UAE before the T20 World Cup, confirmed White.