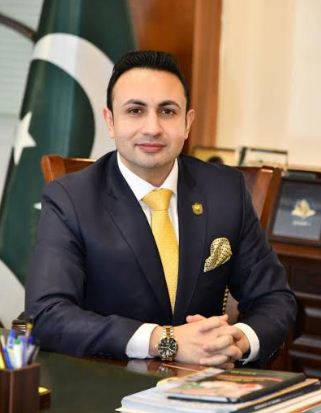 ISLAMABAD, JUN 18 (DNA) – The Islamabad Chamber of Commerce & Industry (ICCI) has expressed strong concerns over the introduction of Sec-203(A) in the Federal Budget 2021-22, which has given powers to FBR Officers to arrest a taxpayer on pretext of concealment of income and called upon the government to immediately withdraw it in order to save the taxpayers from unnecessary troubles.

The Sec-203 (A) grants the power to an officer of Inland Revenue, not below the rank of an Assistant Commissioner of Inland Revenue or any other officer of equal rank authorized by the Board, who on the basis of material evidence has reason to believe that any person has committed the offense of concealment of income or any offense warranting prosecution under this Ordinance, may cause the arrest of such person.

Sardar Yasir Ilyas Khan, President, Islamabad Chamber of Commerce & Industry said that there was no need to introduce provisions like Sec-203(A) as it already exists in tax laws and bringing in such new provisions would create new problems and difficulties for the taxpayers instead of improving the tax revenue of the country.

He said that this provision would not serve the interest of the country, rather it would shatter the confidence of taxpayers and discourage potential investors from investing in Pakistan.

Sardar Yasir Ilyas Khan said that at the one hand, the Prime Minister was giving assurances to the business community that his government would minimize the direct interaction between the tax machinery and the taxpayers through automation, but on the other hand, new provisions were being introduced in tax laws to give more discretionary powers to tax officials that would create more harassment in the business circles.

He said that the business community was the major contributor to the tax revenue of the country and the government should introduce new provisions in tax laws to give taxpayers more respect and honor instead of taking measures that would make the lives of taxpayers more difficult and create hindrances in promotion of business and investment activities in the country.

Therefore, he urged that the government should withdraw Sec-203(A) introduced by the new Federal Budget in the larger national interest of the country.

Fatma Azim Senior Vice President and Abdul Rehman Khan Vice President ICCI said that the prevailing tax system of Pakistan was very cumbersome and complicated due to which it was a major hurdle in promoting tax culture.

They emphasized that instead of resorting to coercive tactics, the government in consultation with stakeholders should focus on simplifying the tax system and introduce new provisions in tax laws that should help in boosting the confidence of taxpayers and support the growth of business and investment activities in the country.=DNA