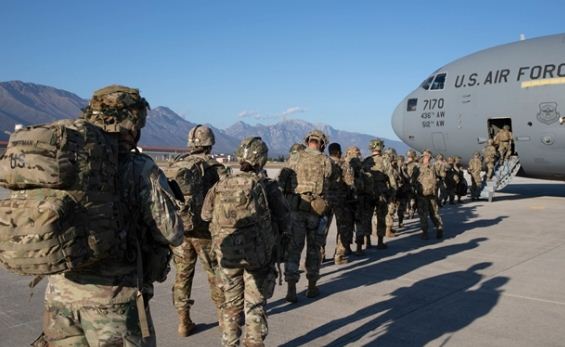 The US forces and UN troops will leave Afghanistan in 2021. The withdrawal process will continue until September. US President Joe Biden and his administration are looking forward to the US troops’ return from Afghanistan. It has been one of the most talked-about military engagements by the US in recent years.

Moreover, some opine that this was an “Unwinnable War” for the US. The mission in Afghanistan by the US troops and allies has been in process for two decades. However, recently Pakistan’s National Security Adviser Dr. Moeed Yusuf said that the sudden withdrawal of the United States from Afghanistan was not ideal, adding that any shifting of blame on Pakistan for “facesaving” would be unacceptable.

While speaking on a Pakistani TV show, Dr. Yusuf said, “[The] United States has assured us that Pakistan will not be made a scapegoat amidst the withdrawal [of US troops] from Afghanistan, but only time will tell whether [they stay true to their word] as history suggests otherwise.” He reiterated that although peace in Afghanistan must manifest, however, the rapid withdrawal of US troops from Afghanistan will not bode well for Pakistan. While talking about geopolitics and regional affairs, Dr. Yusuf said, “The approach is still regional. [Though], they [the US] have shifted focus from Af-Pak and are now obsessed with China, seeing India [as a country] that has a role to play [in this equation].”

Indeed, Afghanistan holds an important position when it comes to peace and stability in the South Asian region. The term, AfPak was coined by the US to show the significance Afghanistan and Pakistan hold in the region. Despite many efforts in the past, the US left a residual force in Afghanistan after each withdrawal. Now that the entire military is leaving Afghanistan, analysts fear that Afghanistan’s extremist elements may surface again to scuffle with the country’s security apparatus.