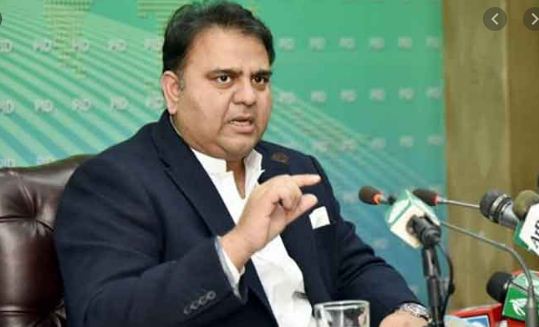 Extending heartfelt greetings to the two nations on the 70th anniversary of establishment of their diplomatic relations, Fawad, in a video message, said he felt proud of the ties, which were based on love and mutual respect, and had roots in the hearts of two peoples.

The minister said Pakistan reaped massive benefits from the One Belt One Road vision of Chinese President Xi Jinping. He regarded the BRI’s flagship project – CPEC- as ‘brilliant’, which the foundation of the two countries’ economic stability.

CPEC would prove to be a game changer for the region, he added.

Elucidating the history of Pak-China relationship spanning over decades, he said defence cooperation between the two countries in 1950 laid the foundation of their ties. “Since 1950, Pakistan and China have not only been close diplomatically, but their relations have [now] gone beyond the political and economic spheres.”

The ties, he added, were transformed into strategic ones during 1966 and  eventually switched to economic relations in 1972.

Now, their ties were led by a ‘very comprehensive framework’, the minister said.

Fawad said the Pakistani nation knew that China stood beside their country  through thick and thin. Similarly, Pakistan extended full support to China to meet its challenges, he added.He said both the countries had been relying on each other strategically and defensively since 1950.