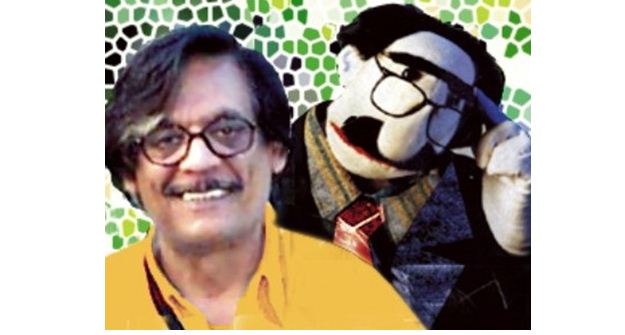 The passing away of Farooq Qaisar has indeed created a void that can never be filled. He was the epitome of creativity in Pakistan. His puppet creation, Uncle Sargam, shared the concerns of the middle-class Pakistani population during the 1980s. It went on to become one of the most well-known characters in Pakistani media.

Where Uncle Sargam was the highlight of Qaisar’s program, Kaliyan, his other creations included Bonga Bakheel and Masi Musibatay among others. During the 1980s, when Kaliyan first aired on Pakistan’s state-run television, it highlighted such social, and at times, economic issues that were difficult to share under a military regime.

Farooq Qaisar’s creativity, communication skills, and a message-oriented script filled with humor and satire made him share his ideas and thoughts among the audiences. It was perhaps the words of Farooq Qaisar and the persona or his puppets that combined to form a TV show expressing views of the Pakistanis with hilarity and irony without hurting anyone. Indeed, mastering the art of puppeteering is no easy task. It requires practice and skill along with the patience to work with such non-living things.

Farooq Qaisar’s interest to work with puppets emerged during the years following his graduation in the 1970s. He was soon performing on PTV and enthralling the audiences. Back in the day, television was the only medium of entertainment. Uncle Sargam’s appearance in 1976 on PTV was a delight for the audiences. They were connected with a personality that shared the views of the audience and spread joy with words.

Farooq Qaisar received the Sitara-i-Imtiaz (2021) and Pride of Performance (1993) from the government of Pakistan. He was also the recipient of the Life Achievement Award from PTV (2010), and the Pakistan National Council of the Arts Award (2012). In 1997 he was also honored by the UNICEF.