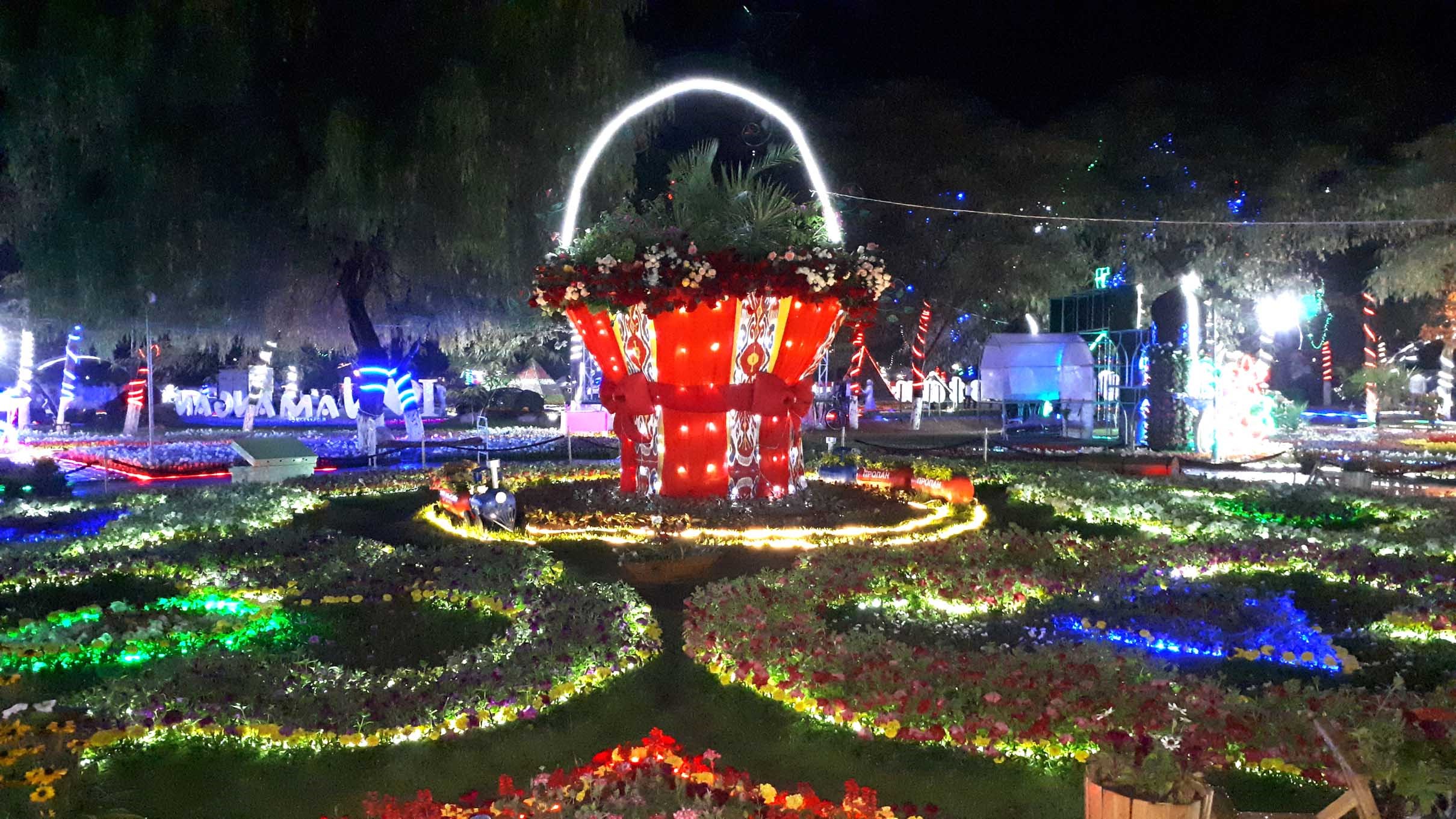 The greatest flower festival in Namangan region will be held on the last week of May. It lasts from May 24 to May 31 in the recreation park after named Z.M Bobur. Each year,our people celebrate Namangan FlowersFestival internationally rather than locally.Nurseries and garden designers have said they are relishings the unique opportunity to exhibit their work at a Namangan flowers festival.

Namangan Territorial Department of the State Committee of the Republic of Uzbekistan for Tourism Development isworking closely with such supportive industries, organizations and wants to take this opportunity to thank everyone who is contributing to organize the Uzbekistan’s most famous and traditional flower festival.There is such an appetite for gardens and nature at the moment and we will all want to celebrate this at “Namangan flower festival”.

It is noted that the scope of the flower festival in Namangan has expanded in the last years and the number of participants, guests and foreign tourists increased. Guests from South Korea, Russia, Turkey, Pakistan, Netherlands, and neighboring countries such as Kyrgyzstan, Tajikistan, Kazakhstan and Turkmenistan are invited to take part in the festival.Not only our local media representatives but also a number of foreign media representatives, including from Russia, China, Turkey, Iran, India and Central Asian countries will cover this colorful event.We should mention that the Pakistan-Uzbekistan trade and cultural center is helping us in terms of publishing our articles and attracting tourists to the upcoming festival.

It is highly expected that this festival will help to promote tourism attractiveness of Namangan region and build a strong relationship between local and foreign tourists as a whole. It gives a great opportunity for Namangan region to show the whole world its tourism potential in this sphere.

In total, the event will be attended by more than 150 entrepreneur-florists, more than 100 companies and organizations will present flowers. It should be noted that in its history, for the first time10 million saplings are going to be planted in the upcoming Namangan Flower Festival. Year by year, the number of saplings and flowersplanted is increasing considerable.

The Flower Parade will take place on the central streets of Namangan City. In this parade more than 150 local transports such as cars, fire trucks, combines, tractors, tracks and ambulances decorated with a wide range of flowers and our national symbol flag, move through Namangan city to the Boburrecreation park.

It was noted that the Flower Festival is important not only in meeting the aesthetic needs of the population, but also in covering the city with goodness.  This holiday is distinguished by its ethno-ecological aspects, as the other spring ceremonies.

“It has been a great event for everyone since it was held for the first time in 1961 and showed people a different range of plants so this year’s Namangan Flower Festival will be rather nostalgic.”