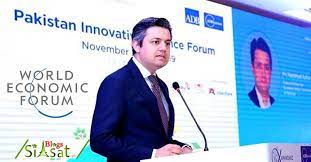 Iftikhar Ali Malik said Hammad Azhar is highly educated politician having spark to deliver the goods. He said it’s good omen that Prime Minister selected a right politician for right job and he will help steer the country out of economic crunch. He said his father former Governor Punjab and Lord Mayor Lahore Mian Muhammad Azhar is a one of the seasoned and polished politician. He hoped that Hammad Azhar will follow the footprints of his illustrious father by becoming the most successful and highly competent finance minister.

Raja Muhammad Anwar said  “Pakistan has tremendous potential as we have enormous talent. What we need is the consistency in the government policies and a clear roadmap to move forward,” he added  which he said is only possible through sustained  prudent economic policies.

Muhammad Nawaz said Hammad Azhar must attach great importance to MSMEs which always play a key role in the economy of the advanced and developed countries worldwide.

Adeel Siddiqui said that now business community across the country pinned high hopes on Hammad Azhar for better package of incentives to accelerate the economic activities and stimulate the growth on sound footings.

Muhammad Arif Yousaf Jeewa said that survival of the country rested on sustained economy so now PM must take non controversial trade leaders into confidence in policy making process to yield better results otherwise we can never compete the world even our neighbors.