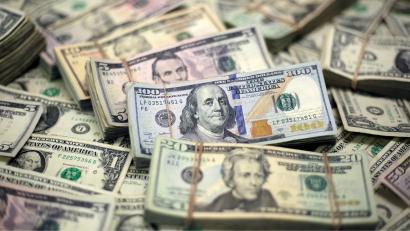 KARACHI ,MARCH 30 : Pakistani rupee strengthened by 74 paisas against the United States (US) dollar at the start of today’s trading in the inter-bank currency market.

According to foreign currency dealers, the local unit appreciated 74 paisas to 153.30 against the greenback, hitting a 21-month high. The rupee had closed at 154.04 against the dollar the other day.

The rupee has gained considerable ground on the back of improved foreign exchange reserves, current account surplus, higher remittances besides less demand of dollar due to the ongoing pandemic.

The rupee has recovered more than Rs14 during the last seven months since it touched an all-time low of Rs168.43 last year in August.

IMF board agrees to release third tranche of $500m for Pakistan

On March 26, the International Monetary Fund (IMF) gave a go-ahead to the release of the third tranche of around $500 million to Pakistan, reviving the $6 billion programme after it remained derailed for over a year due to the pandemic.