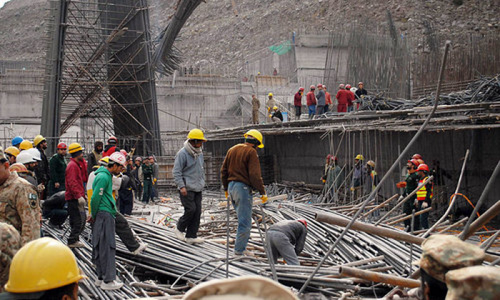 The firm recently announced to have acquired 40 acres of land in the SEZ with plans to invest $50 million to produce 0.25 million tonnes of steel products.

The firm is presently building its plant in Rashakai, being the first ever investment in the SEZ.

However, as against the earlier plans of $50 million, the company will invest $79 million in the first phase to double its capacity to 0.5 million tonnes of reinforcing or construction steel.

The second phase, it will invest $77millionto set up another unit for production of industrial steel. The total investment will reach $242.2 million in three phases, according to a spokesperson of Ministry of Planning Ayesha Khan.

Pakistan’s Minister for Planning Asad Umar chaired two meetings in the past eight days to review the progress on the Rashakai SEZ.

Ayesha Khan told Gwadar Pro that it was because the Prime Minister Imran Khan was due to inaugurate the SEZ in April and the ministry was working day and night to make it possible.

During the meeting which was also attended by Chairman CPEC Authority Lt Gen (R) Asim Saleem Bajwa, among other senior officials, the respective government organs and officials of the development contractor CRBC informed the Minister on progress of various works including provision of gas and electricity.

The Minister of Planning was told that two important projects for provision of 160MWs of electricity and 30 MMCFD of gas to the SEZ will complete by the end of this year.

The SEZ already has a 10MW electric power line while a third project to further electrify the SEZ will start next year, the minister was told.

Separately, a delegation of China Road and Bridge Corporation (CRBC), led by Vice President Sun Yaoguo, met Board of Investment Chairman Atif Bokhari to discuss ways for launching an aggressive marketing campaign to attract investors to the SEZ.

Bokhari agreed with the delegation on launch of marketing plans for occupation and operationalisation of the SEZ and vowed his full support in this regard.

CRBC is developing the SEZ as a private contractor.

President for increasing coverage of Lady Health Workers in country