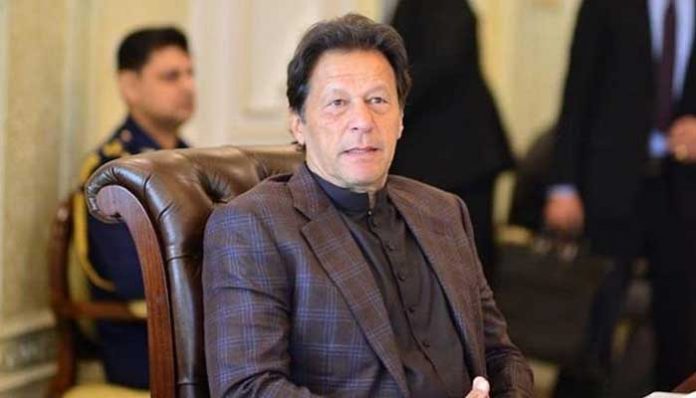 ISLAMABAD, Mar 28 : The Panagah or Shelter Homes a much praised initiative of Prime Minister Imran Khan has revived the centuries old traditions of Mughal Empire that introduced the concept of sarai or resting place, modern day shelter homes, extending food and shelter to travelers and destitute people alike with dignity and comfort.

The Prime Minister Imran Khan introduced this programme with the vision to provide livable shelter for poor, impoverished masses including labourers, daily waged workers and homeless people spending their nights under open skies living a pathetic and miserable life. The Panagah is not only a living place rather two times quality meal in an excellent manner.

The idea of shelter homes for poor and needy masses by the incumbent government has appeared to be successful and becoming eminent among the labour class and well-off people alike coming to the Capital from different regions of the country including Rawalpindi and Khyber Pakhtunkhwa (KP).

Muhammad Farooq Butt, a UK based overseas national hailing from Lahore told that during his visa renewal issue during the second wave of the pandemic getting a hotel for one night was becoming difficult for a person with limited resources. “An average hotel is simply offering a room for one night stay at Rs3,000 to Rs5,000 minimum which appears not to be too dear but it gets difficult for a person facing job layoff and no livelihood source due to pandemic-forced closures to afford while travelling to other cities especially the Capital,” he added.

Butt said it was quite astonishing to see such a wonderful arrangement at the Panagah of the Capital as there were neat and clean beds, charpoys and also quality food for its dwellers.

“I reached the Capital at night and entered a Panagah just to see the arrangements if it was livable as I did not want to go to a hotel to stay for a night because there was limited amount of money I had in hand and also had to manage my return in it,” he said with contended smile and expression of satisfaction. He added that there could be thousands of differences with the present government’s policies and decisions but the Panagah initiative was the well conceived and implemented project of the Prime Minister.

The PTI government had established five shelter homes in Islamabad and Rawalpindi and in KP to provide a secure place for homeless people who used to sleep on roads or footpaths and to help them spending night in freezing temperatures during Winter season.

An official in the district administration Masood Shah told  that such homes will protect the people from extreme weather conditions and chilling temperatures and so far, this project is functioning in Islamabad, Punjab, and KP.

He said that there are 105 beds in every shelter home and it remains full every day and some NGO’s are helping to provide food on daily basis.

When asked about the maintenance or any issue being reported, he replied that the guests were usually seen happy with the environment and had no complaints.

He added that to provide shelter and basic amenities to the poor, needy and working class in a dignified manner at shelter homes , the scope of Islamabad’s model shelters would gradually be extended to other  provinces soon.

Lauding the all-out efforts made by the government for the most vulnerable and marginalized sections of the society, he said the program will bring a positive change to the people of marginalized community of Pakistan as it is in line with the global model for reducing poverty.

The initiative would help the poor, deserving, and daily wagers to save their hard-earned money to fulfill the needs of their children and families instead of spending it on rents in their meager earnings, he stated.

A daily wager Gunbat Khan said this shelter home project  is a blessing for people like us adding that this was never done by any government before.

He told that this home provides us food and shelter and we people are very thankful to the government for this favour and facility.

He further said that he spent night at the nearest shelter home for past few weeks. He mentioned that his spending had decreased and savings increased at the cost of rent travelling and food being spared.