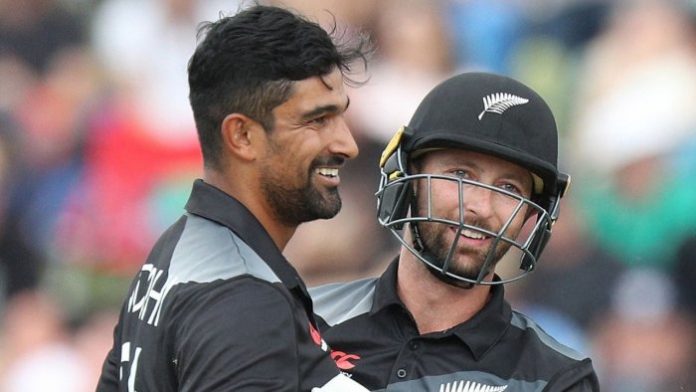 Hamilton, New Zealand, March 28 : An unbeaten 92 from Devon Conway and a four-wicket burst from Ish Sodhi ensured New Zealand romped to victory by 66 runs in the opening Twenty20 against Bangladesh in Hamilton on Sunday.

Conway, whose rollicking innings included 11 fours and three sixes, shared in an 105-run stand with debutant Will Young as New Zealand posted an impressive 210 after winning the toss and electing to bat.

Mohammad Naim made an enterprising start to the Bangladesh reply with two boundaries off the opening over from Tim Southee.

But once the tourists reached 39 in the fifth over the innings fell apart as first Lockie Ferguson removed Naim for 27 and then Sodhi suffocated the momentum with his four wickets in eight deliveries.

Afif Hossain (45) and Mohammad Saifuddin stretched the innings with a 63-run stand for the seventh wicket but at the end of their 20 overs Bangladesh were 144 for eight.

Sodhi finished with the figures of four for 28.