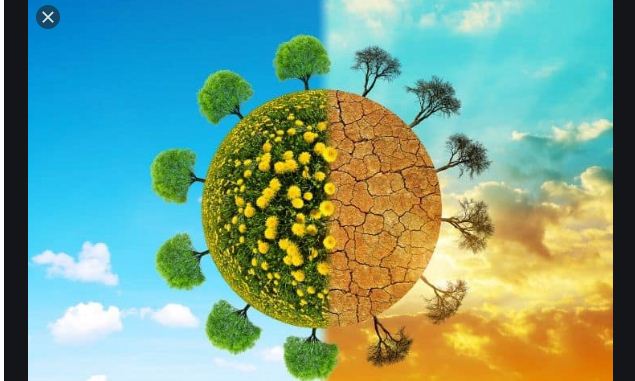 Shafqat Kakakhel said that the nexus among climate change, energy and security is very well established. The non-traditional challenges- energy and environment crises- may troll the development. Since the industrial revolution, it brought revolution from rural to urban, from artesian based industry to big industries, from very difficult life conditions in Europe and North America where winters were seen as a punishment but energy conquered the harsh weather and also helped in improving health conditions.

Initially there was a tremendous happiness and everyday efforts were made to create more sources of energy but then somewhere in the 1980s, climatologists realized that there were changes in the climate pattern (global warming) induced by humans and use of fossil fuels

He highlighted that the efforts of scientist and different meteorological organizations, UNEP, eventually led to a political consensus on the need for actions and cooperation to handle climate change as a new threat to the international community.

Right from the beginning, the nexus between the energy and security was recognized and the emphasis was put on cleaner energy.  He said the non-traditional security threat in terms of climate change can be countered if we go for renewable and clean energy which will also address the energy shortages in Pakistan which we have been experiencing since 2008.

Thousands of factories had to be closed, schools and hospitals could not function and life became very difficult and the government had to resort to desperate moves including the use of coal-based energy.

But we have begun to realize that the solution of the environmental and climate change crises is in not abandoning energy but in developing and deploying clean and renewable energy, he added.

Ambassador Kakakhel said that the governments efforts over past several decades, particularly the clean energy and renewable energy policy of 2006 and now more recently the new energy policy, will change the entire system of how energy projects are agreed, decided and financed. The Prime minister of Pakistan while addressing the climate ambition summit had already promised that in a few decades Pakistan will get 60% of its energy from clean sources.

The government is planning to introduce electric vehicles/public transport which needs high efforts to translate it practically.

Mr Irfan Tariq, DG Environment/Climate Change said that the non-traditional security threats were there but they were neglected or not seen through policy lenses. We see the threats being imposed by climate change and environment very clearly.

I hope everyone can understand the linkage between development and nature. COVID-19, Dengue and GLOF proved that we have disrupted nature and we need to bring it back in its natural form. We face a very serious threat because the sources we use are highly impacted by climate change and when we talk about hydro, it not only threats our energy security but also poses serious threat to water and food security.

So, I would consider climate change a security threat to our energy security and that’s why we have vision and plans to move to renewable energy and it will hopefully lead us to energy security, he added. He said the government has an articulated climate action agenda in terms of the Ten Billion Tsunami Plantation Project.

He shared that the National Adaption Plan is also in place to face the climate and other non-traditional security threats to the country.

He was of the view that the government is giving priority to energy and environmental crises and what it needs to do is the improvement of transmission and distribution system of energy. There is a need to introduce small hydro and solar energy in the remote areas where there is energy shortage.

He said the government by strengthening institutional mechanism on energy and environmental challenges, well thought out adaptation plan and introduction of clean technologies can add value to the efforts in combating the non-traditional security challenges.

The three main factors of the matrix are availability of energy, affordability of energy and sustainability of energy. She said that all energy projects and assessments are basically based on these matrixes and they play a fundamental role in and becomes a sort of strategic objectives for energy supply systems in countries across the world.

Anything impacting these three components compromises the country’s energy security and if we look at each individual element, they have very close linkages. She said it is not just good enough that you have enough energy or that you are able to supply it at suitable cost but also that it is sustainable and from resources that are renewable in the long turn.