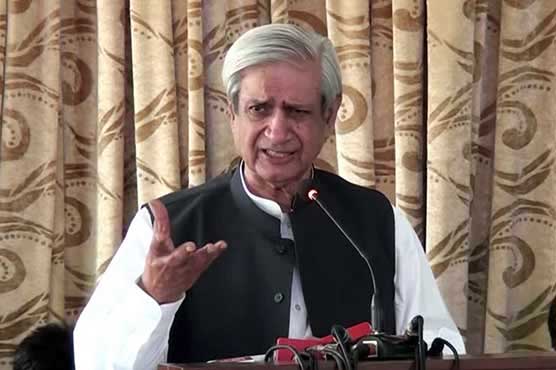 ISLAMABAD, Mar 26  : Federal Minister for National Food Security and Research Syed Fakhar Imam on Friday said that Pakistan would never be a compromise on Kashmir cause.

Kashmir was the country’s jugular vein and no compromise would be made on the Kashmiris’ right to self-determination.

He said that Pakistan has made extensive efforts to highlight the gross human rights violations of Indian government in the occupied valley at the diplomatic level.

He reiterated that India must immediately end the continuing lockdown, communications blockade and media blackout in IOK, and release the incarcerated Kashmiri leadership and innocent Kashmiri youth, many of whom are held at undisclosed locations away from their families.

Pakistan’s desire for peace should not be taken as weakness.

He said the people of Kashmir have the right to decide their fate.

India illegally changed the special status of Kashmir in contravention of the UN resolutions, he highlighted.

Fakhar said Pakistan has a clear and transparent stance that Kashmir is an international dispute and no unilateral decision can change its special status.

We have one point agenda that the issue of Kashmir must be resolved in accordance with the will of Kashmiri people, he added.

He regretted that the Modi has highly militarized the whole valley and converted IIOJK into the largest prison of the world.