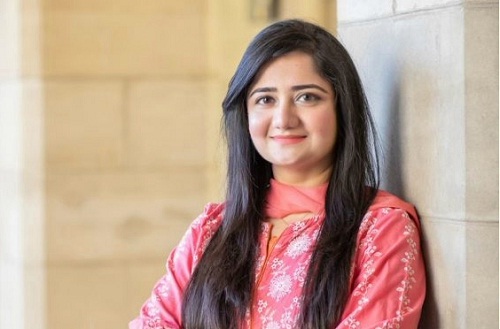 Since the Broadsheet scandal surfaced a few weeks ago, it has been wrongly perceived from a narrow skewed lens. Mossauvi capitalised on the opportunity provided by the lack of comprehension to command the media airwaves and set a narrative that presented everyone involved from the Pakistani side in a bad light.

The government did the right thing by making the arbitration award documents public. However, this is just the beginning; the whole broadsheet episode calls for accountability and for fixing responsibility of this fiasco. Historically, the Broadsheet dispute is tied up with Pakistani politics and its battle with corruption. The NAB, formed in 1999, hired Broadsheet in 2000 to trace and recover assets allegedly stolen by influential figures, including former Prime Minister Nawaz Sharif. In late 1999’s, NAB began negotiations with Trouvons (Colorado based company) for recovery of assets and plundered money outside of Pakistan. At that time, Jimmy James represented and was part-owner of Trouvons, whose business included the kind of investigations and recovery assets that NAB would require to be carried out.

He had some previous business experience in Pakistan. His business associates included a Colorado lawyer Ronald Rudman and an English Barrister William Pepper. James represented to NAB that Trouvons had the necessary expertise and experience to undertake the work of investigation and recovery of assets on behalf of NAB internationally, outside Pakistan. Contrary, NAB ended up signing an agreement with Broadsheet whose ultimate beneficiary was also Jimmy James but it was a shell company, registered in the Isle of Man (IoM) just a month before signing of the agreement.

It is interesting to note that the agreement was signed on the basis of qualification of Trouvons as it is near to impossible that Broadsheet having been formed a month earlier could have any kind of experience which was expected of it. The point to note is that NAB totally failed to take in to account, that why Jimmy James (also main beneficiary of Trouvons) established a new company just one month before the agreement with NAB. Had it been attentive, the agreement with broadsheet may have not been signed.

The suggested and unchallenged reason for the change from Trouvons to Broadsheet as a contracting party under the ARA (Asset Recovery Agreement) was that Ronald Rudman had been suspended from his membership of Colorado Bar on grounds of dishonesty. James knew that if NAB became aware of it, there would be no further negotiation. Therefore, he caused Broadsheet to be incorporated so that it rather than Trouvons could enter into the proposed agreement with NAB, as it did on 20th June 2000.

Moreover, a parallel and separate agreement was signed between NAB and International Assets Recovery firm (IAR), represented by William Pepper on 15th July 2000. The agreement signed between Broadsheet was intended is to be limited to investigations and recovery of assets in USA, Europe and Asia and IAR was to cover other parts of the world With NRO underway between Musharraf and Nawaz family, NAB terminated the agreement unilaterally with Broadsheet in October 2003 without going through the proper termination procedure.

NAB had terminated ARA alleging Broadsheet of misrepresentations made during pre-contractual negotiations and commitment of repudiatory breaches. To which, Broadsheet contended that any shortfall in its performance of the ARA was caused by NAB’s breaches of its own obligations and it claimed damages in respect of those. To the misrepresentation plea taken by NAB, the arbitrator noted that the alleged representations were made on behalf of Trouvons not Broadsheet. Another key issue in this whole saga was the correct interpretation of clause 4 of ARA, which gave Broadsheet right to claim compensation.

The scope of ARA was intended to be limited to investigations and recovery of assets in the USA, Europe and Asia, not worldwide. But that was achieved not by express provision, but by limiting its scope to specific registered persons or entities or targets. Its scope was defined as reference to target list and there were no geographical limits. The arbitrator noted that neither party has raised the question of possible rectification of the written agreement (a remedy that might be available under English Law if the document mistakenly failed to record what was in fact agreed).

Therefore, the advantage of this misrepresentation went in favour of Broadsheet’s claim. In April 2007, Broadsheet was dissolved by the court. Unaware of the fact, NAB entered into settlement agreements with International Assets Recovery firm (IAR) and Broadsheet in 2008. Under these agreements, NAB undertook to pay USD 1.5 million to Broadsheet and USD 2.25 million to IAR.

Mr. James signed the agreement as chairman of Broadsheet LLC Gibraltar (a misnomer) , as a manager of Steeplechase and also on his own behalf describing himself as shareholder and beneficiary of Broadsheet LLC under winding without giving any regard to the fact that the Broadsheet (Isle of Man) has already been dissolved in April 2007. During this period, NAB totally failed to find out that Broadsheet IoM was under liquidation and Jimmy James was not entitled to sign any agreement on behalf of Broadsheet IoM.

The fact that settlement worth USD 1.5 million was paid in two instalments to Broadsheet Colorado instead of Broadsheet IoM displays height of negligence. At the time, when poor taxpayers of Pakistan were paying the price of elite corruption and incompetence of its institutions, Mossauvi was gearing up to milk this sad state of affairs. During his meeting with Ahmer Bilal Soofi in April 2007, Mossauvi learned that the later was meeting Jimmy James to settle the Broadsheet claims in his personal capacity without involving Mossauvi, who thought himself to be 50% claimant of the settlement proceeds. Backdrop to this 50% claim was his meeting with Jimmy James back in early 2000’s, where he offered James that in return for funding Broadsheet’s costs of bringing a claim against NAB , they would share the proceeds 50/50 . Knowing that Jimmy James settlement with NAB had no legal standing, as Broadsheet was under liquidation, he created his financial stakes in Broadsheet by contacting an unpaid creditor of Broadsheet, Oakfield Corporate Services whose claim was for a modest sum of 4000 pounds.

IAR funded by Mossauvi acquired the debt from Oakfield on terms which included paying the balance from the proceeds of any recovery from NAB. In a further transaction, IAR acquired the beneficial interest in Broadsheet from two Panamanian companies that were its original members and moved court to declare the liquidation null and void. From November 2009 onwards, Broadsheet has been controlled by Mossauvi. Having Mossauvi in control, Broadsheet went in to arbitration against NAB. The hearing on Liability Award took place in August 2016 by London Court of International Arbitration. Owing to lack of interest showed by then government, a liability award was issued in favour of Broadsheet. Subsequently the Quantum Award hearing took place in July 2018 and the court awarded Broadsheet USD 21.59 million plus interest as damages for the breach and repudiation of the agreement.

The appeal against the Quantum award got dismissed in July 2019. The incumbent government tried its level best to use all available legal remedies to salvage the situation, until the UK High Court ceased the account of Pakistan High Commission in London. Left with no choice and to save the national honour and dignity, the government finally approved USD 28.7 million payments to Broadsheet. In a nutshell, Pakistani taxpayer has paid the price of elites’ corruption and malafide intention on part of negligent individuals.

Now, the best government can do is to uphold its manifesto of accountability and fix responsibility. The key areas of inquiry may revolve around process of selection and appointment of Broadsheet and IAR, officials responsible for drafting a flawed contract (article 4 of ARA), reasons and effect of cancellation of agreements with Broadsheet and IAR in 2003, justification of settlements agreements, wrong payment and interest of successive governments in arbitration proceedings. The moral of the story is simple – there needs to be no compromise on corruption, otherwise Pakistani nation will keep paying for elites’ corruption and tyranny as in case of Broadsheet.