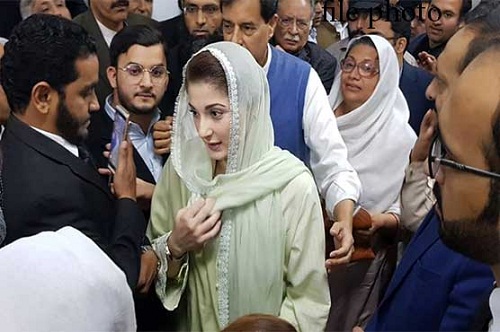 Maryam states in her petition that the National Accountability Bureau (NAB) has summoned her in two cases on March 26 (Friday). “The bureau being under the influence of the government wants to arrest me,” she claimed.

She said she wants to join the bureau’s investigation against her but feared that she would be arrested. The PML-N leader, therefore, pleaded with the high court to grant her interim pre-arrest bail.

The NAB has summoned Maryam for questioning in connection with its ongoing investigations into Raiwind land allotment and the Chaudhry Sugar Mills cases.

According to the corruption watchdog, the Sharif family members allegedly illegally acquired 3,500 kanals of land in Raiwind in collusion with the district administration and revenue officials in 2013.