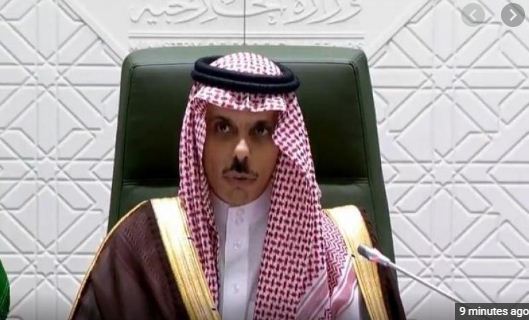 RIYADH, MAR 22: The Kingdom of Saudi Arabia announced an initiative to end the Yemeni crisis and reach a comprehensive political resolution.

The initiative comes in continuation of the Kingdom’s concern for the security and stability of Yemen and the region, and its serious and practical steps to support peace in Yemen and put an end to the crisis.

The initiative aims to end the human suffering of the brotherly Yemeni people, and affirms the Kingdom’s support for efforts to reach a comprehensive political resolution between the Yemeni parties in line with discussions in Biel, Geneva, Kuwait and Stockholm.

The initiative includes the following proposals: A comprehensive ceasefire across the country under the supervision of the United Nations. Depositing taxes and custom revenues for ships carrying oil derivatives to the port of Hodeidah in the joint account of the Central Bank of Yemen in Hodeidah, in accordance with the Stockholm Agreement on Hodeidah.

The reopening of Sanaa International Airport to a number of direct regional and international destinations. The start of consultations between the Yemeni parties to reach a political resolution to the Yemeni crisis under the auspices of the United Nations based on the references of UN Security Council Resolution 2216, the Gulf initiative and its implementation mechanism, and the outcomes of the Yemeni national dialogue.

This initiative comes within the framework of the continuous support for the efforts of the United Nations Special Envoy to Yemen, Mr. Martin Griffiths, the US envoy to Yemen, Mr. Timothy Lenderking, along with the positive role of the Sultanate of Oman, and the push to reach a political resolution to the crisis under the auspices of the United Nations.

The initiative gives the Houthis an opportunity to uphold the interests of the brotherly Yemeni people first, and the Yemeni people’s right to their sovereignty and the independence of their homeland over the Iranian regime’s expansionary ambitions in Yemen and the region. The Kingdom calls on the Houthis to declare their acceptance of the initiative, which is to be implemented under the supervision and monitoring of the United Nations.

The Kingdom also affirms its full right to defend its land, citizens and residents from the systematic attacks carried out by the Iranian-backed Houthi militia against civilian areas and vital installations that not only target the Kingdom’s national interests, but also target the core of the global economy and its supplies, as well as global energy security.

The Kingdom also affirms its total rejection of Iranian interference in the region and Yemen. The Iranian regime’s support for the Houthi militias through smuggling, developing , supplying missiles and weapons, provision of military experts, and violation of relevant Security Council resolutions, remains the main reason for the prolonging of the Yemeni crisis.

The Kingdom and Coalition countries affirm their continued support for the Yemeni people and their legitimate government.

The Kingdom also affirms that it will remain committed to its humanitarian role in alleviating the suffering of the brotherly Yemeni people, by supporting all efforts for peace, security and stability in Yemen and moving towards a new stage for the development and improvement of the Yemeni people’s livelihood.=DNA