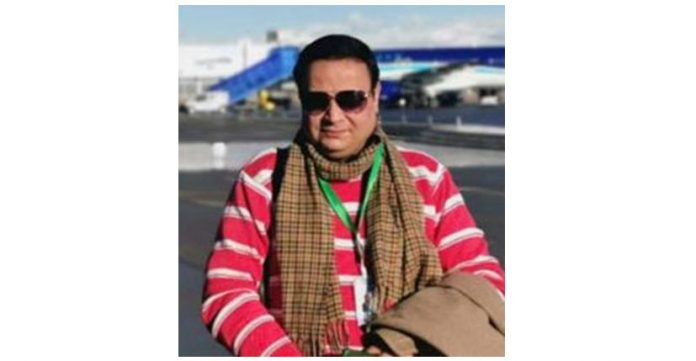 Right from the beginning Kazakhstan President H.E. Kassym-Jomart Tokayev introduced comprehensive reforms in all sectors of the economy and civility alike due to which now its economy is flourishing despite ongoing human sage of the COVID-19. Its national politics is stable despite regional political uncertainties. Its society is united despite widespread disunity. Its state is functional despite global dysfunctional parameters.

It provided a strategic road map for its successful implementation. It was indeed a gigantic step towards achieving the goals of smarter economy, e-governance, and massive industrialization, widespread of SME, Micro-financing facilities, poverty eradication, immense social development and above all development of social entrepreneurship in the country. It was a strategic orientation for further politicization and democratization in Kazakhstan in which genuine opposition has a greater participation, utility, scope and recognition in the political affairs of the country.

It was a first step in right direction to achieve strategic goals of vision 2050, the achievement of key national indicators of the 2025 Strategic Development Plan which aims to position the country to become one of the 30 most developed countries in the world, and the continued implementation of the “100 Concrete Steps” Plan to implement the Five Institutional Reforms of the Leader of the Nation, further diversity of the macro-economy, green energies, export oriented policies, inflows of FDIs, and last but not least, people and business friendly investment policies along with attractive tax incentives.

Series of structural reforms initiated by Kazakhstan President H.E. Kassym-Jomart Tokayev actually consolidated its socio-economic  achievements and further enhanced the relationship between the state and society and a resetd the country’s political system, leading to implementation of those political, social, and economic transformations necessary to face a new generation of modern challenges.

It was indeed a first major policy shift to change the predominance of commodity production, low competitiveness of the manufacturing sector of the economy, lack of access for small and medium-sized enterprises to long-term lending, and disproportionate social and economic development of the country’s regions. It actually started the concept of a balanced regional economic development in the country. Thus Kazakhstan’s government has shunned the widening distrust among the regions and promoted regional harmony and peace.

In the past, local people and communities of different regions suffered from unequal access to utilities and state services, particularly in the urban-rural areas which have now been ratified and all far-flung areas have been included in the national development programs.

Human capital has now become foremost priority of Kazakhstan government. Provisions of primary and higher education have been streamlined. Numerous structural reforms have been initiated to achieve the desired goal of zero-corruption in the state’s affairs and society alike. The concepts of public administration have been revolutionized because of set-up of spirits of good governance.

Kazakhstan President H.E. Kassym-Jomart Tokayev chalked out three pronged policy i.e.  continuity, justice, progress for maturing political course, preservation of true and pursuing functional social justice by protecting the basic human rights, equal right, welfare and re-shaping and re-designing of social development in the country. All these principles have been elaborated in the “Well-being for all! Continuity. Justice. Progress” Action Plan for the Implementation of the Election Program of the President of the Republic of Kazakhstan. This document identifies 106 actions to be implemented in 19 thematic areas in the short and medium-term.

Kazakhstan President H.E. Kassym-Jomart Tokayev outlined main attributes of the reforms which provided a holistic approach to revolutionize the concept of structural reforms by pragmatism and quality, to advance further development and ensure its continued stability, as a consequence, avoiding unsystematic reforms and the manifestation of populism, which may risk destabilization of the internal political situation or even loss of statehood. It also upheld the concept of modern political philosophy of “universality” protecting the rights of majority by strengthening national unity and social cohesion. It also protected the concept of modern civilization and development based on continuity and gradualism.

The President of Kazakhstan Tokayev announced various political reforms to institutionalize concept of a functional and liberal democracy in the country. He has implemented the concepts of checks & balances and separation of powers by a strong presidency, an influential parliament and an accountable government”. It laid the foundation for the transformation of the extensive presidential system in the country.

Further diversity, pluralism of opinions and alternative points of view, as well as the formation of a new political culture through constructive dialogue have been introduced which included development of a multi-party system, political competition, and the improvement of legislation on peaceful assemblies.

Visionary Kazak President Tokayev reaffirmed the strategic importance of the “Listening State” which provided an ideal platform to introduce people’s friendly policies, programs and decrees to achieve optimal level of statehood, transparency, accountability and corruption free public administration and society alike. Somehow, deadly COVID-19 forced the state to bring some changes in the ongoing structural reforms but overall Kazakhstan remained on the track.

Kazak President Tokayev focused to connect socio-economic reforms by increasing the well-being of its people and an equitable distribution of national income. The Head of State outlined key principles of the country’s new economic course which was based on comprehensive overall hauling of national economy, greater role of private sector and beneficial role of the state by equitable distribution of benefits and responsibilities, the leading role of private enterprise, fair competition, opening up markets for a new generation of entrepreneurs, increased productivity, increased complexity and technological effectiveness of the economy, development of human capital, investment in a new type of education, green economy, protecting the environment and public accountability.

Role of state has been announced and consequently implemented too which has now changed its role as an owner and regulator which entaild the creation of favorable conditions for doing business, including the introduction of the principle of “regulation from scratch” and the creation on its basis of a qualitatively new system of “smart regulation” of business, continuation and completion of the privatization program implemented since 2016, revision of the mission, role and the functions of the quasi-public sector.

Sincere efforts are being carried out to change the social dimension of Kazakhstan government through the unification of laws and regulations governing this area and the development and adoption of a Social Code of Kazakhstan. It also included the system of social protection towards promoting work and self-reliance and preventing the manifestations of dependency and paternalism among citizens. It consisted of development of human capital through teaching the values of tireless work, discipline, responsibility, justice, honesty, frugality and solidity.

Kazakhstan President Tokayev also introduced a new organ “National Council of Public Trust (NCPT)” which played a deceive role in the further socio-economic development of the country through better execution, cooperation, collaboration and coordination among the different organs and departments of the state. It was established on June 12, 2019.

It was envisaged to develop proposals and recommendations on topical issues of state policy based on a broad discussion with representatives of the public. It was responsible for conducting public expert review of draft concepts, government programs and regulatory legal acts; considering significant strategic issues taking into account the views of civil society; and ensuring a constructive dialogue between representatives of the public, political parties, the non-governmental sector and government agencies. It was the new shape of earlier mechanisms of political dialogue, further democratization and development of civil society (2002-2003), the National Commission on Democracy and Civil Society (2004-2005) and the State Commission for the Development and Specification of the Program of Democratic Reforms (2006-2007).

Political reforms have been one of the key priorities of incumbent president of Kazakhstan who announced urgent political and socio-economic transformations in 2019. The political reforms consistd of three comprehensive plans. The first package of political reforms announced by the Head of State on December 20, 2019 at the second meeting of the NCPT has been fully implemented and is reflected in the adoption in various laws, the Law on the Procedure for Organizing and Holding Peaceful Assemblies, dated May 25, 2020 which laid the legal foundation for a qualitatively new culture of relations between society and the state and constitutional right of citizens, the Constitutional Law on Amendments to the Constitutional Law of Kazakhstan on Elections in Kazakhstan dated May 25, 2020 which established a 30 percent quota for women and youth representatives on electoral party lists. Similar amendments were made to the Law on Political Parties.

On the contrary, the Law on Amendments to Some Legislative Acts of the Republic of Kazakhstan on Improving Enforcement Proceedings and Criminal Legislation was incorporated on June 29, 2020 which removed all imperfections in criminal laws of the country. Interesting, death plenty has been abolished on January 2, 2021 through the Law on Ratification of the Second Optional Protocol to the International Covenant on Civil and Political Rights.

The second package of political reforms was announced by the President of Kazakhstan on September 2, 2020 which included the designing a new concept for the development of local self-government, gradual differentiation of the powers of local government and local self-government, expansion of property rights and increase in the revenues of the budgets of rural districts, strengthening control over the process of approving local budgets, strengthening the audit commissions of maslikhats, raising the status of local community gatherings and assemblies and taking into account by regional maslikhats of their opinions on pressing local issues for making specific decisions, direct elections of akims of rural villages in 2021. In this regard, the authorized government agencies developed a Draft Constitutional Law on Amendments to the Constitutional Law of Kazakhstan on Elections.

The development and adoption of the Law on Public Oversight designed to ensure greater openness and accountability of government agencies and quasi-public sector to society paved the way towards greater accountability and transparency.

The 2nd political reforms also cared about basic rights of children from cyberbullying, and joining the Optional Protocol to the Convention on the Rights of the Child on a Communications Procedure, improving national legislation to combat torture and bring it in line with the provisions of the Convention against Torture and Other Cruel, Inhuman, or Degrading Treatment or Punishment.

Lastly, on January 15, 2021, Kassym-Jomart Tokayev announced a third package of political reforms which outlinedpolicy changes to reduce the threshold for political parties to enter the Mazhilis of Parliament from 7 percent to 5 percent, introducing the “None of the above” ballot option for elections of all levels, introducing the elections of district akims to build on the elections of rural akims,  adoption of a separate law on the Human Rights Ombudsperson, defining their status, powers and streamlining their activities in various areas and sectors; strengthening the office of the Human Rights Ombudsperson, including the establishment of regional offices, further improving the public oversight system, legislating online petitions, introducing the Youth Development Index and expanding measures on encouraging charity, including the provision of tax and other benefits to enterprises and individuals participating in charitable events and volunteer projects. Some menaingul addition measures were also announced and thereafter implemented for the civil society development in the country. Some anti-money laundering laws were also promulgated on May 15, 2020.